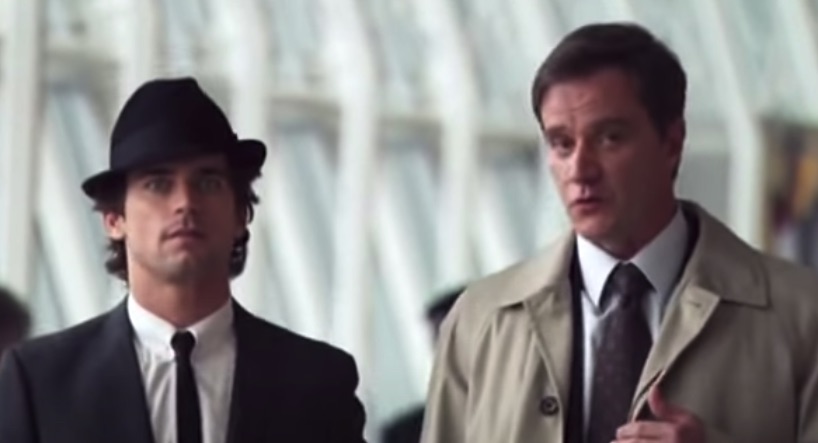 Matt Bomer has made it clear, a White Collar reboot is in serious consideration. How serious? On Thursday, Bomer revealed that there are “real conversations” going on. Could this mean that fans could see Neal Caffrey pull off the caper of a lifetime? Here is what we know now.

Could a White Collar reboot really happen? On Thursday, TV Line reported that during the White Collar reunion, on the Stars in the House YouTube channel, Matt Bomer shared his “excitement over the possibility of a reboot of the popular USA Network series. Matt spoke with the two co-hosts, Seth Rudetsky and James Wesley.

He shared that this is not just a casual Twitter tease. Bomer revealed that there are “real” discussions going on. They don’t know what the final result will be, but those behind-the-scenes “creatives” are trying to make this happen. Fans that want to see Neal Caffrey pull off another caper can allow themselves to dream, as Matt used such words as “optimistic,” “hopeful” and “excitement.”

“There are real conversations happening. There seems to be a lot of excitement about it. What form that takes and how it plays out and whether all the creatives involved can work it out and make it happen is yet to be seen. But we’re all really optimistic and hopeful.”

There are many ways that this could could come into fruition. One option is a reunion movie, similar to another USA Network show, Psych. They could consider filming a movie every year or so. Another option is to fully reboot the series for a short season.

As previously suggested, there is currently a good storyline opportunity now. Diahann Carroll, who portrayed June, passed away last year, this could be a catalyst for a new episode and reunion between Neal and Peter. The way the series ended in January 2014 certainly gave room for a movie or a reboot in the future.

Join us for a White Collar cast reunion this Thursday at 8 PM EST/5 PM PST on @starsinthehouse – everyone in this picture will be there. All proceeds benefit @trevorproject – an amazing organization doing lifesaving work in the LGBTQ community.

How Did News Of A Reboot Start?

The first hint of a White Collar reboot began on April 28. TV Shows Ace has been following this story since it recently began. Executive producer Jeff Eastin shared on Twitter that he was trying to revive the USA Channel series. He cleverly shared a photo of Neal Caffrey’s infamous fedora. He was just waiting for Neal to un-retire. Really, what he needs is Matt Bomer to return and reprise his iconic role. Bomer responded with an affirmative response. He is game!

Then on Tuesday, Eastin decided to ask fans what they missed most about White Collar. The elated fans shared how they loved the capers, and love the characters. The excitement is building!

White Collar fans, are you getting excited at the possibility of a reboot? Be sure to check back with TV Shows Ace for the latest White Collar revival news.