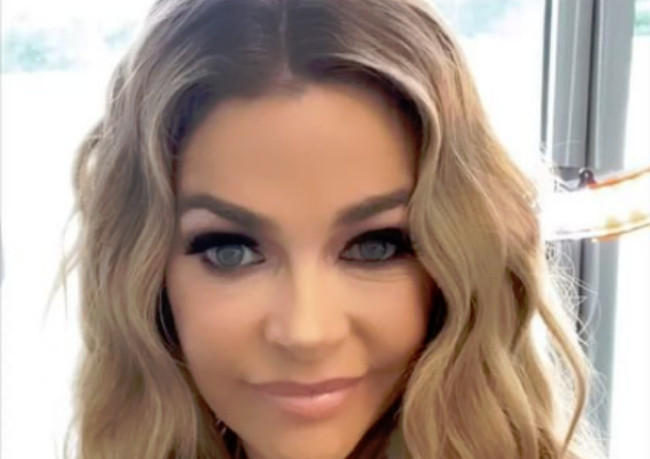 Kyle Richards upset fans of The Real Housewives of Beverly Hills by dissing Denise Richards as a “ragamuffin.” However, Denise took the jab in stride. She posted a series of throwback pictures of some of her many glamorous cover shoots.

Earlier in the week, Denise also paid tribute to The Bold & The Beautiful’s classic wedding episodes. As soap fans know, CBS soaps B&B and Y&R have run out of new episodes due to coronavirus shutting down production. However, the soaps are reaching deep into their archives to air classic episodes based on a weekly theme.

During the May 6 episode of RHOBH, Kyle made a few snide comments about Denise to newbie Sutton Stracke. Later blaming exhaustion and alcohol for her behavior, Kyle is heard shading Denise’s hairstyle and general appearance.

Kyle whispered to Sutton about Denise’s “mop top ponytail.” The RHOBH star said that Denise looked like a “ragamuffin.”

I am screaming @ ragamuffin! #RHOBH💎 pic.twitter.com/IfXtAlXYOk

When fans called her out on Twitter for the diss, Kyle offered a half-hearted apology. She wrote that her mom used to call her that and it’s not a “mean word,” TV Shows Ace reports.

Kyle’s diss didn’t go unnoticed by Denise. After the episode aired, she took to her Instagram account to dispute that she looks like a “ragamuffin.” While the Wild Things actress didn’t address Kyle directly, she didn’t have to.

Instead, Denise posted a series of magazine covers from her younger years. The “memory lane” covers ranged from Cosmopolitan to Esquire. The RHOBH star jokingly called herself a “ragamuffin” in the post’s caption, People reports.

In the comment sections, Kyle expressed her “regret” for her diss. The apology starts with the acknowledgment that Denise is “very beautiful.” Kyle writes that feeling “exhausted and emotional” caused her to say things she shouldn’t have.

Kyle admits that she wasn’t “the best version” of herself that night. However, she notes that of all her co-stars, she thought Denise would understand Kyle’s intentions. Kyle says that after all, Denise often forgoes a glam squad and wears a “messy top knot.”

RHOBH isn’t the only place on television to see Denise. She is also on the daytime soap The Bold & The Beautiful. As mentioned above, the soap is out of new episodes. B&B is now airing classic episodes during the week until they are able to resume production on new episodes.

Each week has a distinct theme. Last week’s theme was ‘Wedding Week.’ Denise honored the soap by sharing one of her own wedding photos. As seen on RHOBH, Denise married Aaron Phypers in 2018.

Sources say that the B&B theme for the week of May 11 is fashion. The week begins with an episode from 1997 featuring the Forrester Spring Collection in jeopardy. Meanwhile, Y&R’s week of classic episodes focuses on classic Genoa City rivalries.

Both Y&R and B&B air weekdays on CBS.