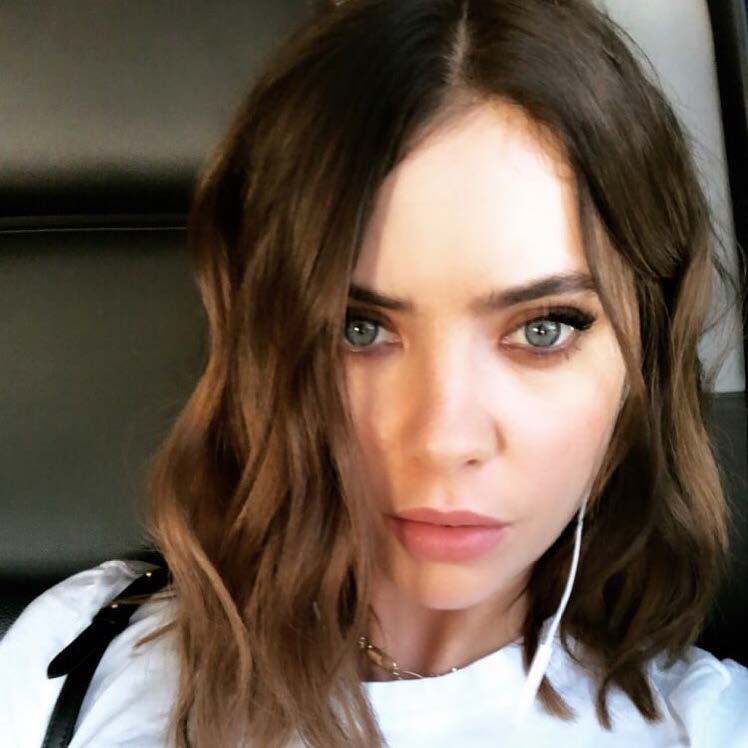 Sadly, after nearly two years together, Ashley Benson and Cara Delevingne break up. Additionally, E! News reports that the split happened while the pair were practicing quarantine measures. As recent as March 17th the Pretty Little Liars actress and Cara were making TikTok videos depicting a scene from Keeping Up With the Kardashians.

Unfortunately, neither Ashley nor Cara are speaking about the split. A source close to the pair tells People, “Cara and Ashley always had their ups and down[s] but it’s over now. Their relationship ran its course.” Elle reports that the two still follow each other on Instagram.

Timeline of  Ashley and Cara’s Relationship

People chronicles their relationship. Photos of the women first surfaced of them kissing at London’s Heathrow Airport in August of 2018. Ashley speaks to People in August 2018. “I think [privacy is] the best way in any relationship,” shares Ashley. “I’ve always been very private about them, and I think it’s just better.”

A source tells Us Weekly in October 2018, This is the first girl [Ashley]’s ever dated.” Additionally, the source says, “This relationship with Cara is the first time she’s been in a healthy relationship.”

Cara confirms the relationship to E! News at the TrevorLIVE Gala in June 2019. “I don’t know because it is Pride, it’s been 50 years since Stonewall happened and I don’t know,” she says to E! News. “It’s been just about our one-year anniversary so, why not?”

Gushingly, Cara goes about Ashley. She says, “[Ashley] is one of the people that helped me love myself when I needed it most and I really needed it.” Cara continues, “She showed me what real love is and showed me how to accept it, which was a lot harder than I thought.”

A kiss with a cause. This Valentine’s Day when you share a photo of you and a loved one— a significant other, a friend, a pet—you can also raise awareness and help create a future with more survivors thanks to @su2c #KissCancerGoodbye campaign ❤️

Furthermore, it was about this time that an insider tells Us Weekly that, “they’re madly, madly in love.” Ashley also moved into Cara’s Los Angeles home. The source goes on to say, “They are so great. All their friends mix well together. They have never been happier. Their relationship is really healthy.”

What They’re Up To Now

Given Ashely’s notoriety for valuing her privacy, it’s hard to tell what she is up to now. Daily Mail dishes on a “moody” Instagram post from Ashley. Sadly, The Pretty Little Liar star’s post did not include a caption. Daily Mail suggests that the photo is taken by Ashley’s friend Nico Guilis. Nico is an artist and photographer.

Fans dubbed the relationship “Cashley Delebenson” according to an Instagram page featuring the women. Elle reports that the two still follow each other on Instagram. Given the Twitter incident of 2019 in which Cara’s Twitter account was hacked, there may be some lingering hope that this is just a hoax. Keep it tuned to TV Shows Ace for more television news.