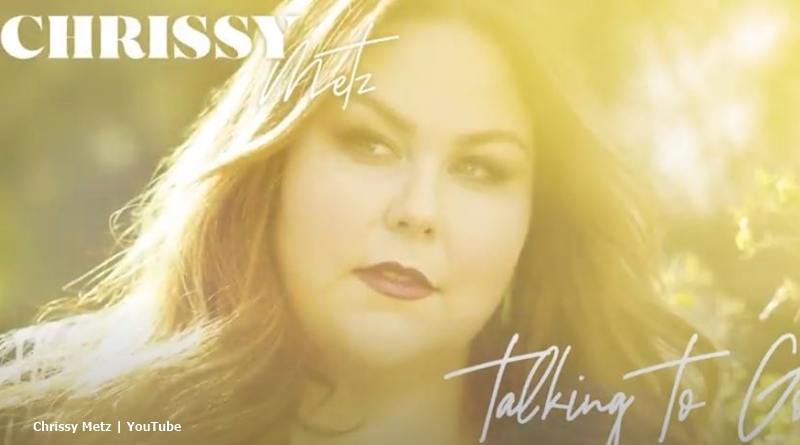 American Idol features the Live rounds remotely in the current season. In years past, the coronavirus wasn’t a problem. And, some fans think the remote show might prejudice toward some contestants. But, even if they don’t make it, they could take heart from the success story of alum Chrissy Metz.

She tried out for the show about 12 years ago, but never made it through. Now the This is Us actress released her single, Talking to God and people love it. Todd Chrisley of Chrisley Knows Best just gave her a shout out for the beautiful song.

When fans think of Chrissy Metz, few of them think about the talent show. That’s because she tried out for it years ago. Rather, they think about This is Us and American Horror Story. Chrissy’s first break on television came when she landed the role of Ima Wiggles in season 4 of American Horror Story. Of course, she later became famous for playing the role of Kate in This Is Us.

But, before those success stories, Chrissy tried out for American Idol. Cosmopolitan reminded readers that her short lived efforts came back in 2007. Basically, the producers and judges didn’t like her voice. Actually, she spoke about it a bit in her 2018 book, This is Me.

She also chatted with SiriusXM about it in February this year. But, she never gave up on her music and song. Fansided reported in April, that she released her new single, Talking To God. She plans for it to end up on an album. Now, Todd Chrisley gave the song a shout out on his Instagram.

Todd Chrisley shares a snippet of  Chrissy’s Talking To God

Todd Chrisley, the patriarch of Chrisley Knows Best knows Chrissy, and when he heard her song, he took to Instagram to share it. He captioned his post with, “love this so much and I’m so proud of my sweet friend @chrissymetz the purest sweetest soul…I thank God for the light she brings to this world.” His followers loved the snippet she shared. Many of them commented on the post. That’s because it seems like an ideal song during the COVID-19 pandemic.

It seems that few of his followers recall that years ago, Chrissy auditioned for American Idol. And, maybe they don’t even care as it took place so long ago. And, she moved on, as she once said that if the show worked for her, she’d have missed other opportunities.

One fan commented, “We all need to talk to God a little more these days! Love it… and love y’all TC!”

Another person noted, “I agree! She’s amazing and I love this song!!! So beautiful and talented!”

I love this so much and I’m so proud of my sweet friend @chrissymetz , the purest sweetest soul and I thank God for the light she brings to this world ..

Although the shout out that Todd Chrisley gave the American Idol alum only featured a short snippet. The full song’s up on YouTube. There, plenty of people absolutely love it. You can watch it below:

Whats do you think of Talking to God? Did you know that Chrissy once tried out for American Idol? Sound off in the comments below.

Remember to check back with TV Shows Ace often for more news about Todd Chrisley, Chrissy Metz, and American Idol.