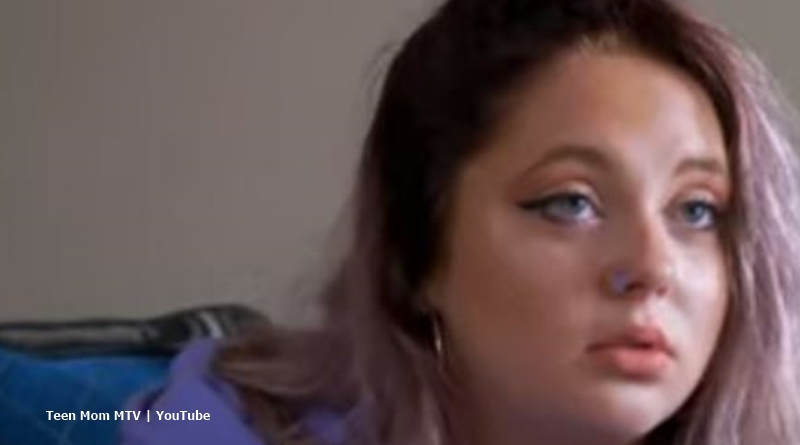 Teen Mom 2 fans first met Jade Cline when Jenelle Evans got dropped by MTV.  At the time, Kailyn Lowry gave her some good advice, suggesting she steers clear of “drama.” And, she mainly avoids that as she focuses more on being a mom, which fits in with the whole point of the show. Now, she said that she hopes to adopt a child.

Teen Mom 2 – Jade Cline focuses on being a good mom, looks at adoption

TV Shows Ace reported that Jade took the advice about staying out of the drama from Kailyn Lowry. She prefers to focus on being a great mom to her three-year-old daughter, Kloie Austin. Plus, she found common ground with Chelsea Houska. as they both studied cosmetology. While life isn’t totally drama-free, she seemingly managed less drama with other castmembers than most.

While Jade and on-off baby daddy, Sean Austin went through problems, she never wavered in her dedication to her daughter. In fact, in February, she loved that he fought his addiction issues. Things seem a bit smoother for them at the moment. And, her thoughts now turn to another child. But this time, the Teen Mom 2 star talks about adopting one. She grew up in the system as a foster child, so she understands that many kids could use a loving home, Starcasm pointed out.

On May 4, Jade took to her Twitter and shared about her next child. She wrote, “Really want to adopt my next child.” Actually,  she feels that she could share her love and make “an amazing” home life for one. Next, she asked people to “DM” her with info. Well, one fan suggested she “speaks to Catelynn Lowell.” Actually, many fans liked the idea. One said she manages fine with Kloie and they believe that “any children” adopted by her surely get “absolutely loved and adored.” They also said that they feel inspired by Jade, before wishing her a “successful journey.”

Another Teen Mom 2 fan suggested she adopts through the state. Well, Jade replied, saying that as a “foster child” herself, she might foster first and then adopt later. Many people who ended up adopted loved the idea of Jade doing something like that. Most fans lauded her for taking that angle. After all, as a self-sufficient salon owner, her finances seem healthy. Mind you, detractors always come along on social media. A few people suggested she focus on her current child and situation. Then someone pointed out she works most of the time, so she might struggle with taking on another child.

What are your thoughts? Do you think Jade Cline could give a foster child a wonderful home? Sound off in the comments below.