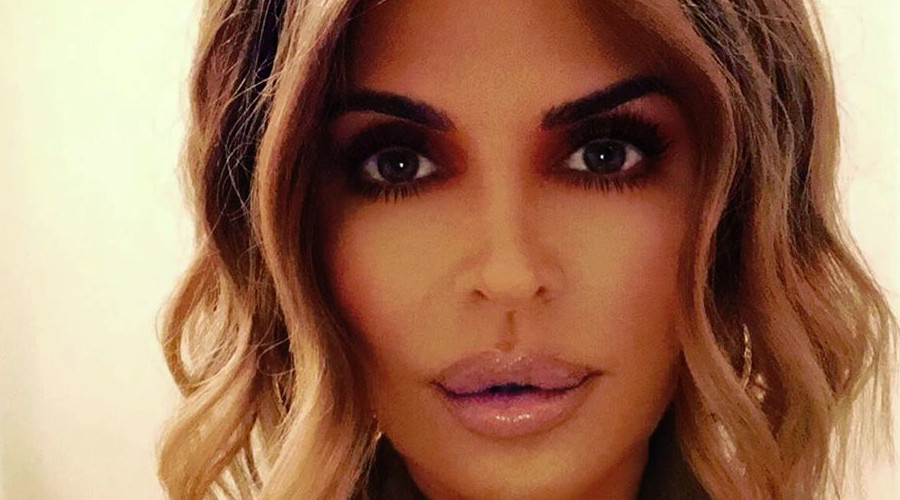 The Real Housewives of Beverly Hills star Lisa Rinna’s mouth gets her in trouble sometimes. On the May 6 episode, Lisa’s daughter, Amelia Gray Hamlin, chided her mom for cracking wise about the Lori Loughlin college admission scandal.

Lisa and her youngest daughter, Amelia, had a heart-to-heart during the recent episode of RHOBH. As fans know, Amelia struggled with an eating disorder last season.

In August of 2019, Lisa posted a photo on her social media of her helping Amelia move across the country. The RHOBH star’s daughter was attending New School College in New York City.

And just like that they take flight. 🕊🙏🏼❤️ #CollegeBound 😭

However, Amelia moved back to Los Angeles after a few weeks in NYC. In the May 6 episode, she talks to her mom about transferring to USC (University of Southern California.)

USC made headlines recently after Full House actress Lori Loughlin was accused of bribing the school into accepting one of her daughters into the popular college. The criminal charges against the actress are still on-going.

In a confessional interview with a producer, Lisa reveals that staying in NYC could have been dire for her daughter. She said, “I think what was at stake for Amelia if she stayed in New York was her life.”

Lisa went on to express concern that her daughter could have become depressed and suicidal if she had stayed in New York City. Lisa strongly stated, “You do not f**k around with that when you have a teenager.”

During the intimate chat with Amelia, Lisa discussed her own failure at college. According to People, the Days of Our Lives actress spent “three months” at the University of Oregon before dropping out.

As a result of the experience, Lisa understands and supports her daughter’s plan to attend a college close to home.

While discussing transferring, Amelia notes that she has all the necessary math requirements to transfer her credits. In response, Lisa cracks a joke about bribing Amelia’s way into USC.

Lisa joked, “Good, because I’m not going to put you on a rowing machine and take a picture of you and say that –”

Amelia cut her off and said that was “the wrong thing to say.” Lisa replied that she was just joking and “wouldn’t do that.”

After the episode of RHOBH aired, Amelia took to her Instagram a post a lengthy statement thanking her parents for “lovingly” encouraging her to come home. She lets her followers know that it’s “okay not to be okay.”

Lisa and her family have been social-distancing at home. To pass the time and entertain her followers, Lisa often posts dancing videos. In fact, she’s almost as well-known for her Instagram dancing than she is for appearing on RHOBH.

Amelia and her older sister, Delilah Belle, recently joined in for a family TikTok video. See Lisa, Amelia and Delilah bust a move.

ICYMI: Former RHOBH star Lisa Vanderpump guest-starred on the ABC sitcom, American Housewife, on May 6. In the episode, the Otto family takes a vacation to L.A. and runs into Lisa Vanderpump.

While promoting the episode on Twitter, Lisa seemingly shaded her RHOBH co-stars. As fans know, Lisa left the Bravo show after a Season 9 falling out with Kyle Richards and Dorit Kemsley.

Many fans took her comment to be about RHOBH, noting that they quit watching now that Lisa isn’t on the show.

The Real Housewives of Beverly Hills is currently airing Season 10 Wednesdays on Bravo. Watch a preview of next week’s episode below.