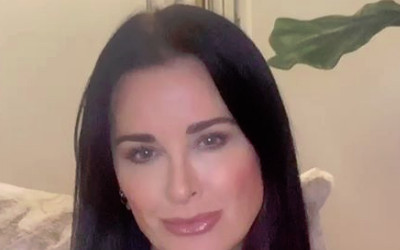 The Real Housewives of Beverly Hills star Kyle Richards faced ire from fans after she dissed co-star Denise Richards. On the May 6 episode of RHOBH, Kyle snidely referred to Denise as a “ragamuffin.”

According to Kyle, the word isn’t “mean,” but it isn’t “nice” either. However, this isn’t the first time she’s gotten backlash from fans.

As TV Shows Ace reports, a bikini shot of Kyle posted earlier this week drew criticism from fans. Not the photo itself. But rather, the insensitive caption about using the photo as inspiration to lose 10 pounds.

RHOBH Star Explains What She Meant by ‘Ragamuffin,’ Says Denise ‘Is Beautiful’

Kyle was actually live-tweeting with fans during the May 6 episode of RHOBH. As footage of her shading Denise as looking like a “ragamuffin” aired, fans called Kyle out on social media.

In a series of tweets, Kyle justified her behavior by saying her mom, Kathleen Richards, used to call her a “ragamuffin.” To Kyle, the word simply means looking “messy.”

According to Kyle, her mom would scold her if she was running around like a “ragamuffin.” As fans know, Kyle’s mom passed away in 2002 from breast cancer.

Kyle’s tweets indicate that she didn’t mean to insult Denise. She understands that it wasn’t “right” to say it. The RHOBH star assures fans she knows Denise “no doubt” beautiful.

Kyle was emotional and tired when she uttered the diss, she says. It didn’t help that the margaritas were flowing.

My Mom used to call me that when I looked messy.She would say don't run around like a ragamuffin. Doesn't make it right that I said that. Not nice. Denise is beautiful no doubt.The margaritas, exhaustion & emotions not bringing out the best in me https://t.co/Ducn2fl2tr

Bravo TV reports that Kyle tweeted to fans that she was “about to snap” due to being tired from traveling. She further states that she was “too tired and emotional” to deal with what went down that night.

In another tweet, Kyle writes that while the word isn’t a “mean” one, she didn’t say it “in a nice way.” The RHOBH star tweeted again that exhaustion and alcohol played a part in her behavior.

It's not a mean word but it wasn't said in a nice way. I was upset and the margaritas and exhaustion didn't help https://t.co/KiaA6vP6rg

Denise wasn’t the only one Kyle had issues with that night. She tussled with RHOBH co-star Lisa Rinna over Kyle’s sister, Kim Richards.

Lisa brought up her feeling that Kyle never defended Lisa in the past. When Lisa brought up Kim, Kyle burst into tears and angrily told her to “F**k off.”

Kim is slated to make an appearance at some point during Season 10 of RHOBH.

Denise Rants against Threesomes in Next Week’s Episode

There is a lot of speculation about what, exactly, went down between Denise and Brandi Glanville. Brandi says the two hooked up.

In next week’s episode of RHOBH, Denise isn’t happy when Erika Jayne brings up the topic of threesomes. Watch a clip of the argument below.

Sneak peek of next week's #RHOBH

Tell us in the comments if you think Kyle was wrong to call Denise a “ragamuffin.”