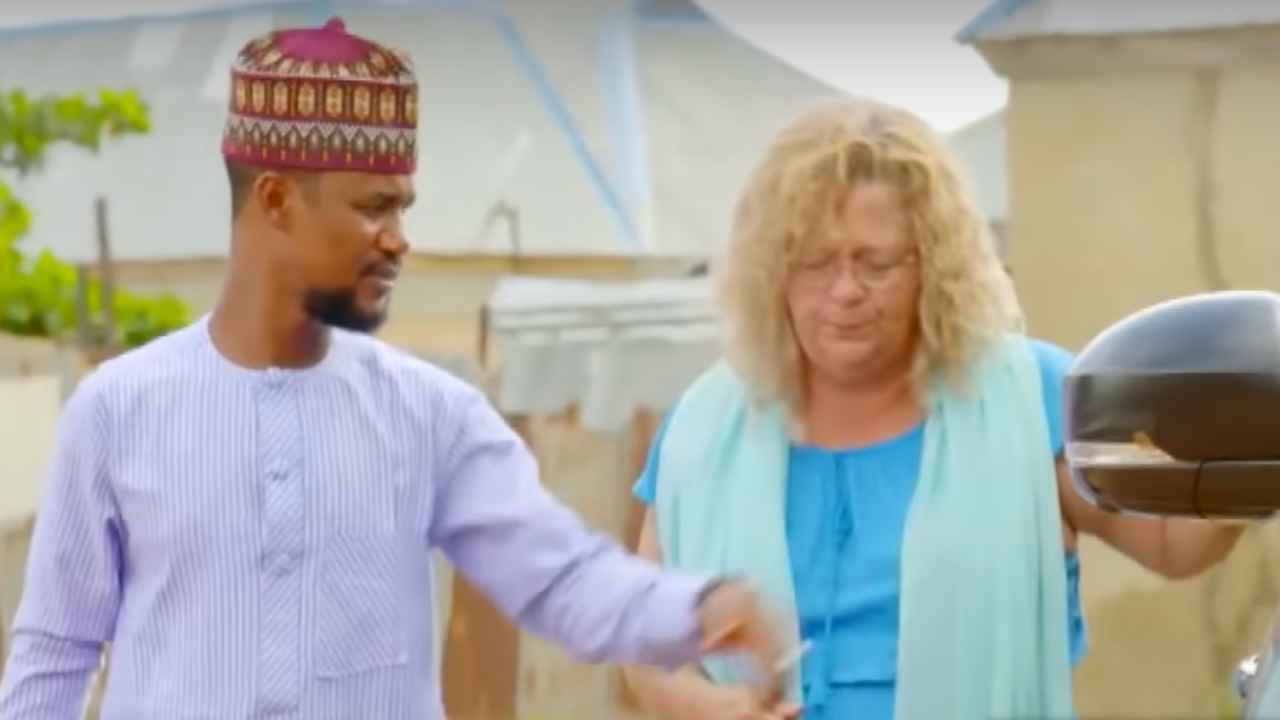 Within days, Lisa Hamme will hop on a plane to return home to the USA from Nigeria. Her stay in the country with fiancé Usman Umar has been undeniably rocky and filled with problems. The latest roadblock is the fact the 90 Day Fiancé stars cannot get married without proof of Lisa’s divorce. Is there time for her to get that proof and tie the knot with Usman?

90 Day Fiancé stars Lisa Hamme and Usman Umar have been a much-watched pair on the TLC reality show. That said, Lisa is also one of the least-liked cast members on the show for her treatment of her Nigerian boyfriend.

Lisa has shown herself to be controlling and overbearing. She doesn’t seem to respect Nigeria’s culture and has trouble fitting in. After she arrived in Nigeria to meet Usman, she showed jealousy over the rapper’s female fans. Usman goes by the name Sojaboy and is hoping to further his career as a musician in America.

The couple always seems to be fighting over ethnic differences and problems really occur when they visit Usman’s mom. They were hoping for her blessing for their wedding, but it wasn’t at first to be. Lisa has three major strikes against her. One is the fact that she is American, the second, she is white, and the third, major drawback is her age. Lisa is old enough to be Usman’s mother herself!

Speaking out! #90DayFiance star #LisaHamme, a.k.a. “Baby Girl Lisa,” is reacting to her man #SojaBoy’s desire to have more wives. 👀 Get the *exclusive* scoop from the TV personality by tapping the link in bio! (📸: TLC)

90 Day Fiancé fans were amazed when Usman’s mother finally did give her blessing to the marriage. She was obviously reluctant, mainly because she is afraid Lisa will take him back to the USA with her. Obviously, on Usman’s part, that is the whole idea! Meanwhile, his mother worries Lisa will turn him into a slave.

Umar’s mother is also unhappy about the difference in their ages, as Lisa will be unable to give Usman any children. Despite this, after Usman persuades her that traveling to the US will give him an opportunity to make money. He would then be able to send it home to help the family. This leads to his mom reluctantly agreeing.

Lisa and Usman then visit the local registrar’s office to obtain a marriage license. This leads to the next roadblock in their journey. They find they have to post their intent to marry on a billboard outside the office. But even worse, the registrar will require proof that Lisa is, in fact, divorced. With time rapidly running out, is this possible?

Lisa blames Usman for not notifying her of the necessary paperwork for their marriage. She becomes irate on the TLC show and belittles the poor guy. Meanwhile, with modern technology these days, fans think it should be an easy problem to overcome, either via email or overnight shipping.

As noted by Screen Rant, many fans would be happy if Lisa and Usman cannot marry. However, spoilers are hinting that the couple has already tied the knot and are still together. Whether this is the case or not, fans will need to be patient about finding out. 90 Day Fiancé fans may be forced to wait until a possible reunion show airs.

Keep watching 90 Day Fiancé: Before the 90 Days on Sundays at 8 pm EST on TLC.