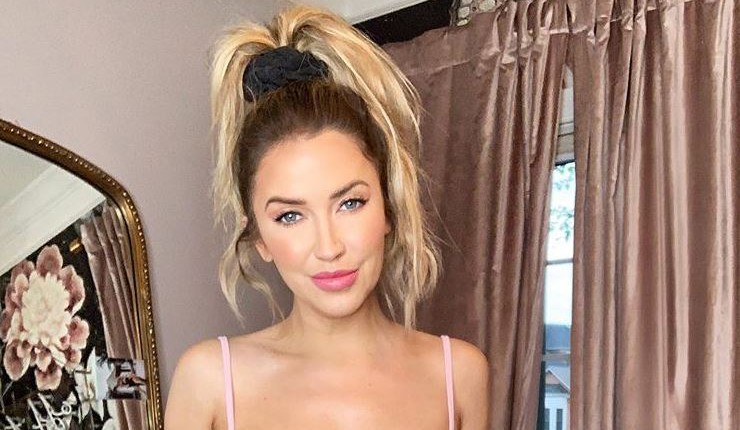 Former Bachelorette Kaitlyn Bristowe has never held back her feelings. She has always been honest. And now, she is being more honest than she’s ever been before. Kaitlyn shared deeply personal information on her new YouTube channel 9 to Wine. Keep reading to find out more about Kaitlyn and her confessions from her past.

Initially, Kaitlyn went to Instagram to say, “I was about as raw and real as I could be on today’s episode of my @9towineshow . I didn’t plan on sharing so much but I just know someone will relate and it’s part of where I am now.”

E! News shared all the details about what Kaitlyn had to say on her new show. Aside from the new YouTube Channel, Kaitlyn hosts a podcast Off The Vine. And, in true Kaitlyn style, she holds nothing back on either show. She decided to kick off her first episode by talking about her life from childhood to now.

Kaitlyn talked about how she became who she is today. She talked about how she has always been a drama queen. Then she wanted to pursue dancing in Vancouver. She worked as a waitress to get her by. She finally got a big break with the Canadian Football League. Kaitlyn then gave it all up when she fell in love with a hockey player. She moved in with him in Newfoundland.

I was about as raw and real as I could be on today’s episode of my @9towineshow . I didn’t plan on sharing so much but I just know someone will relate and it’s part of where I am now. I talk about Antidepressants, Valium, severe weight loss, heartbreak, my bachelor audition clip, and more. I cried watching this episode back because I am so proud of myself for always following my heart. Please let me know if this resonates with you. This is why I did this digital series. I love this supportive community. To anyone struggling right now, I’m sending you a virtual hug. #9towineshow also, digital series hack. Screen mirror it onto your smart tv or Apple TV and boom. It’s a tv show. Link in bio!

Where life lead her next

Kaityln’s boyfriend then got a job offer in Germany. She made the tough decision to go with him. Kaitlyn said,  “Everything in me told me to follow my heart… but a small part of me was dying everyday that I wasn’t doing what I loved to do. And I think that was really hard for me and I think that would be really hard for anyone to lose that part of passion in your life, just to follow somebody else’s dream.”

She eventually went home and knew that life wasn’t for her. Kaitlyn moved home to her mom and dad’s. She was struggling with depression and not knowing who she was anymore. Kaitlyn went to the doctor and he put her on Valium. She liked it at first, but she also didn’t know what it could do to her. She began displaying some behavior that alarmed her family.

Kaitlyn said, “I had become addicted to Valium and I was about 93 lb and that is when somebody had to shake me and say you can’t live like this, this is not you. I’ll never forget my mom coming into the room middle of the night with YouTube videos of hypnotizing people saying, ‘You’re happy, you’re going to be okay,’ and she just played it in my ear as I slept.”

Of course as everyone knows, Kaitlyn made her way onto Chris Soules season of The Bachelor. Things didn’t work out between her and Chris and her next opportunity was to be The Bachelorette. She became engaged to Shawn Booth. The two stayed together for a few years then split. Now, Kaitlyn has fallen in love with fellow Bachelor alum Jason Tartick. The two are perfect together and fans love watching their life together grow.

Kaitlyn learned a lot from past experiences. Overall she said, “You cannot make somebody else responsible for your own happiness.” Good advice for everyone. Don’t miss Kaitlyn’s podcast and new YouTube show. And, stay tuned to TV Shows Ace for all the lastest news on all the other Bachelor faves.