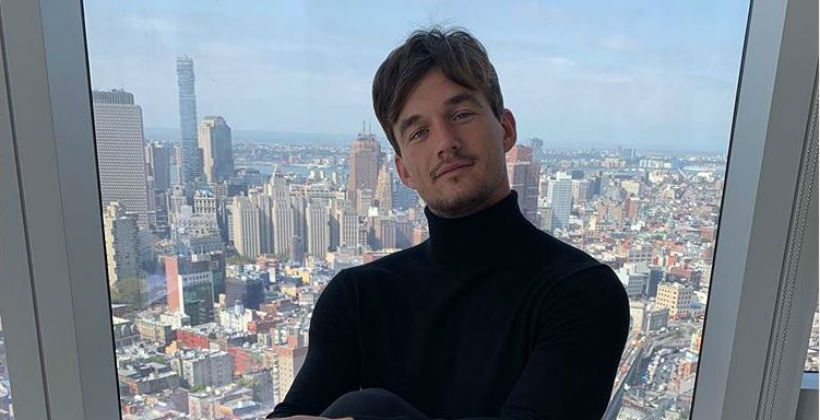 There is one Bachelorette alum who is starting a mission to find love for his mom. Dylan Barbour is hoping there is someone out there who is perfect for his mother. One of Dylan’s good friends and also Bachelorette alum, Tyler Cameron, is thinking his dad might be a good match.

Dylan is looking for the perfect match for his mom, Tyler has an idea

Dylan went to Instagram on Sunday to share what he’s calling a movement to find his mom love. He shared a photo of his three brother’s with his mom. He started the caption saying that she has always been there for them. She was there for each of her son’s relationship issues. He said, “The break ups, the make ups, and everything in between.” She has always been there.

He went on to say she even flew to Mexico to meet her future daughter-in-law, Hannah Godwin. Dylan also added the part of Paradise with his mom coming wasn’t aired.

Dylan said with his mother’s approval he is starting a movement to find her Mr. Right. He said, “This is my (our) notice to the world that #DateDylansMom is now in full effect!!!” Then he jokingly added, “Only one restriction: @tylerjcameron3 is banned from participating.” Dylan then warned anyone putting themselves out there had to get through her three sons first.

My mom has been there for each of her three sons through all the relationship issues. The break ups, the make ups, and everything in between. She even powered through flying down to Mexico to meet her future daughter in law without even knowing her prior + it wasn’t aired (commitment amiright?) 😂. Given all of that, I’ve decided to start a movement (with Momma Barbour’s approval). It’s now our turn to support her. This is my (our) notice to the world that #DateDylansMom is now in full effect!!! We’re on the lookout for Mr. Right. Only one restriction: @tylerjcameron3 is banned from participating. Submit potential suitors below but just know he’s gotta get through the 3 of us first ☺️

Tyler thinks since he can’t date her, his dad should

He commented on Dylan’s post and said, “Since I’m out of the race maybe we can set her up with pops. Could you imagine all of the fun activities. We can make bunk beds and be step brothers. I’m to big for top bunk so I’m already calling bottom.” Who knows, perhaps Jeff Cameron and Cassandra could be a perfect fit.

Dylan replied, “we should make it one big full sized bed.”

It looks like Cassandra Barbour is about to have tons of men in line to meet and date her. No doubt with Dylan’s popularity, many will step up and nominate family members to meet his mom.

Dylan lost his dad in the summer of 2018 to cancer. He is finally ready for his mom to move on and find love. Tyler’s mom and dad divorced in the early 2000’s. He just lost his mom Andrea in March suddenly to a brain aneurysm.

It sounds like both of them are ready to have someone special in their lives. Fans and fellow alum are excited. One fan even suggested canceling Clare’s season of The Bachelorette to replace it with Dylan’s mom finding love. It’s going to be interesting to see if they are able to find Cassandra love. Stay tuned for more details.