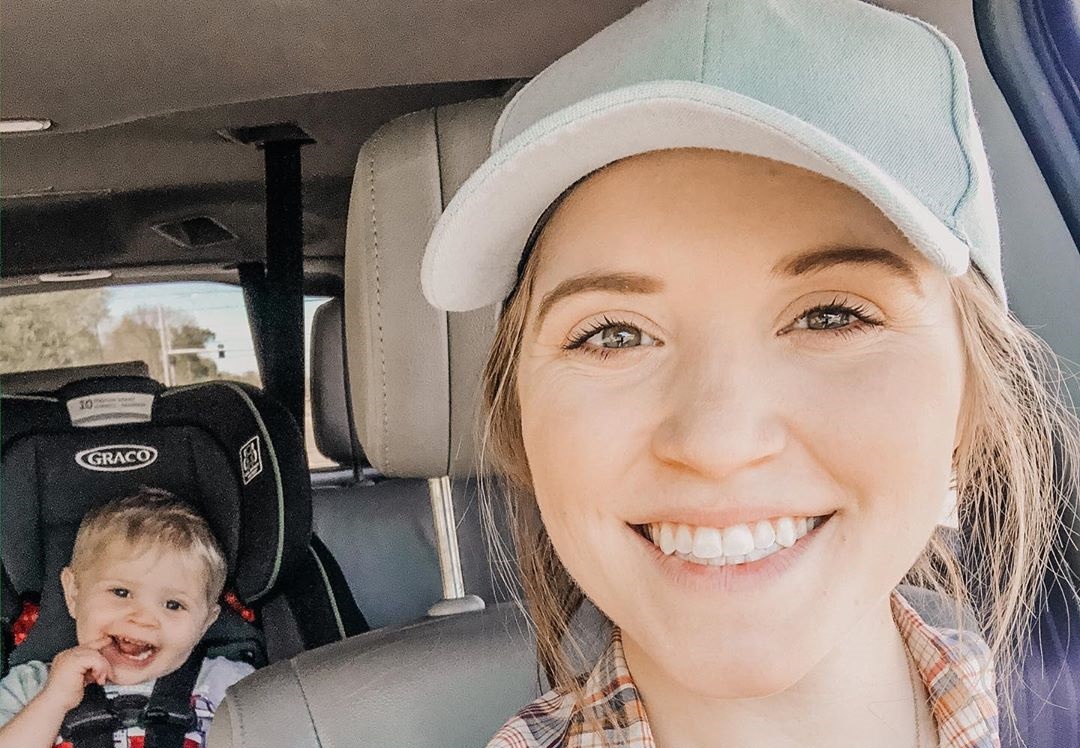 Joy-Anna and Austin Forsyth are easily a fan favorite in regards to Duggar couples. Most Counting On fans insist the relationship feels more real and loving than just about any other relationship within the family. Many fans suspect this feeling as a lot to do with how the relationship was built. After all, Joy-Anna and her husband Austin knew each other for a pretty long time. They were great friends. But, there is a bit of an age gap. So, neither believed romance was in the cards.

Shortly after Joy-Anna turned 18, the duo realized there might be something more than friendship between them. The duo courted for a brief period of time before getting engaged. Like most Duggar engagements, it didn’t last long before they got married. Married in May of 2017, she was 19 and he was 23 at the time.

Also in true Duggar fashion… They did not waste any time starting a family. Joy-Anna was pregnant with their son Gideon nearly nine months after getting married. They welcomed him into the world in February of 2018. Some feel as though the duo are following in the foot steps of Jim Bob and Michelle Duggar. After all, the couple announced they were expecting baby number two in Spring of 2019. Sadly, Joy-Anna miscarried the baby at 20 weeks.

As those who follow Joy-Anna and Austin know, the duo are currently pregnant again.

A few days ago, both Austin and Joy-Anna took to Instagram to share sweet photos of their family. The love the duo shared for each other, their son, and their future child was overwhelming.

The duo were beaming with happiness in the photo Joy-Anna shared on Instagram. Most were focused on how happy they appeared in the photo. That, however, didn’t stop one extremely observant fan from noticing something strange about Joy-Anna’s wedding rings. More specifically, they noticed she was wearing them incorrectly.

So blessed by my little family!

Joy-Anna responded to the concern regarding her rings being backwards.

Joy-Anna didn’t seem to be too bothered by the comment. In fact, she embraced it as she explained her reasoning why.

Yes! My engagement ring is a bit big, so I put my wedding band in the front!”

Her response to the some what negative comment was met with a lot of love and support. Many admitted the way she wore her rings backwards wasn’t that uncommon. A lot of people claimed they do the same thing for the same reason. Others added they wear their rings backwards because they like the way it looks better. Most seemed to agree she should be able to wear her rings however she wanted and it shouldn’t matter to anyone else.

The original posted, however, responded to Joy-Anna as well. Their response indicated they didn’t intend it to be a negative comment. In fact, they gushed thanking Joy-Anna for responding to their comment.

I really love you, @austin4site!🧡😘

Some opted not to reply to the comment, but did continue the topic of conversation in their own comments. These individuals took great issue with the heavy criticism Joy-Anna Forsyth endured. They just didn’t understand why people cared or felt the need to judge every little detail of her life.

So, did you notice Joy-Anna Forsyth didn’t wear her rings properly? Did it bother you? Sound off down below!