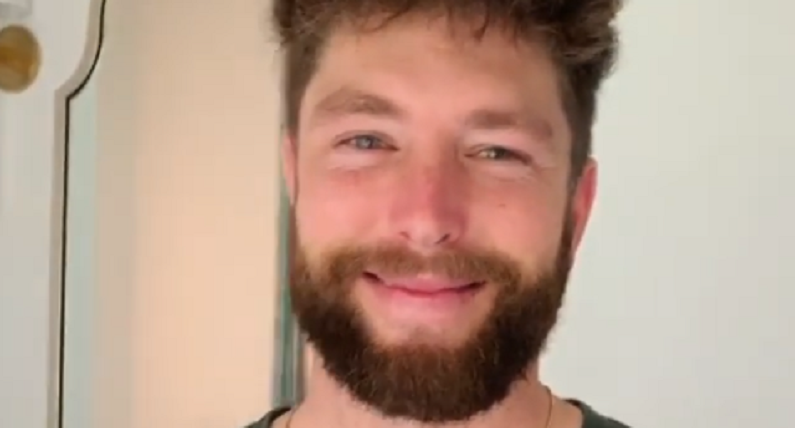 Chris Lane praised Hannah Ann Sluss for her professionalism. Before she appeared on The Bachelor, she starred in his music video for his song, “I Don’t Know About You.” It turns out that Bachelor Nation is a small group of people.

If you watched Peter Weber’s season of The Bachelor and wondered where you’ve seen Hannah Ann Sluss before, you may have seen her as the love interest of Chris Lane’s music video. The 24-year-old model dipped her toe into acting in the 2018 video. Hannah played the role of a girl that Chris buys a drink for at the bar.

In the video, Lane asks her first name, which she declines. The couple decides to go on a late-night adventure anywhere. At the end of the video, he finds out that her name is Olivia due to a plot twist. Check out the video for yourself below:

The country singer spoke exclusively to Us Weekly while promoting Schick Hydro’s #ShaveFromHome campaign. The 35-year-old had nothing but good things to say about Hannah Ann Sluss. Chris Lane revealed that she was a complete “professional” on set of the music video. He’s just not sure how she ended up in his music video.

“It was great. She was very professional,” Lane said. “I didn’t know her before the video and it kind of happened, I believe, last second, but she stepped in. She did a great job.”

Lane’s music video was released in October 2018. During the interview, Lane exclaimed how the song became his biggest hit. He’s also glad that Hannah Ann Sluss has also achieved fame after appearing on The Bachelor.

“The song itself obviously was the biggest song of my career and I think that made it the biggest video of my career as well,” Lane explained. “But yeah, happy for her that she was able to get on the show. And it sounds like she did well on there as well.”

However, Lane admits that he didn’t watch Weber’s season. He used to be an avid fan, but he missed out on the “last three seasons.” The country crooner is now married to 30-year-old Laura Bushnell, who won Season 20 of The Bachelor. The couple got married in Nashville in October 2019.

As per Win 98.5, Chris Lane is exploring the EDM genre. He collaborated on the new song “Hold You Tonight” with EDM DJ and producer Gryffin. Fans can identify Chris’ voice over the new acoustic pop track as he sings about a woman who made an impression on him. The song will remind you of 90s pop songs with modern elements.

Meanwhile, the video is about Chris’ relationship with Lauren Bushnell. It features clips of the couple from their wedding day, along with footage from one of Chris’ lives concerts and recording the song in the music studio. His other single, “Big, Big Plans” is out now.

What are your thoughts on Chris Lane’s new music? Sound off below in the comments section.