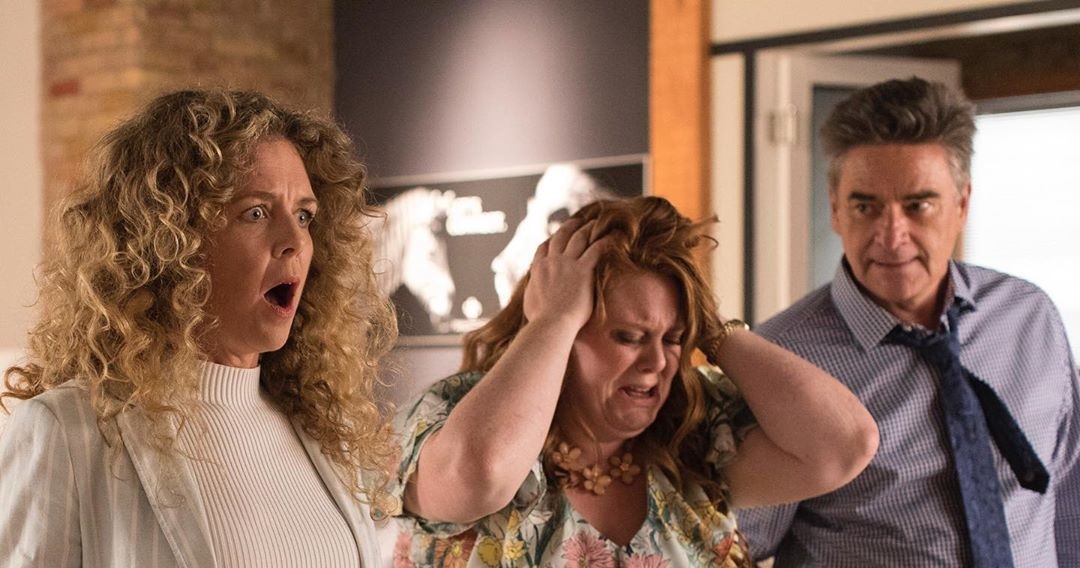 Workin’ Moms Season 4 hits Netflix today and fans of the hilarious Canadian sitcom have one simple question: will there be a Season 5?

Workin’ Moms is a hilarious Canadian sitcom picked up by Netflix.

As most who have seen the series would agree, every mother on the planet should watch at least one episode of Workin’ Moms. This Canadian sitcom puts all of the horrible things mothers think on blast. It is the twisted comedic relief that most mothers just need. While it is a series both spouses could enjoy together, it is 100 percent geared towards mothers.

Season 3 recap before settling in to watch Season 4…

Before getting nothing done today binging through all eight episodes of Season 4, here’s a recap on Season 3.

As fans recall, Kate (Catherine Reitman) was at the center of the chaos during last season. We watched as she discovered her husband Nathan (Philip Sternberg) was being unfaithful! Making it even worse… It was with “Mean Nanny!”

Kate ditched her husband and took the kids with her. But, there was a whole new set of problems waiting for her being a single parent with two small children.

Now, fans love Anne (Danni Kind) because she is fierce, blunt, and wild. Unfortunately for Anne, she made a spitting image of herself in her daughter Alice (Sadie Munroe). Fans watched Anne and her daughter go head-to-head a lot during Season 3.

Frankie (Juno Rinaldi) had to deal with a lot during the first three Seasons of the show. She struggled with postpartum depression. And, she got a divorce. Fans love Frankie because she is just strange. Fortunately, she found love when she met Bianca (Tennille Read). After a lot of drama and a few heated arguments, Frankie, Giselle, Bianca, Juniper, and Roda all became one odd and lovable family.

Now, that you are all caught up… You are ready to tune in to Season 4 of Workin’ Moms which Netflix just dropped today!

Will there be a Season 5 of Workin’ Moms?

It is important to keep in mind that Workin’ Moms is a Canadian comedy. This means the series airs in Canada before it drops into Netflix. The last episode of Season 4 aired in Canada exactly a month ago. So, it makes sense for the season to be dropping into the Netflix streaming library now.

Fans can rest easy knowing the series has already been renewed for a Season 5. While there isn’t tons of information available on Season 5, most fans just find it reassuring that a Season 5 is going to happen.

So, will you be watching Season 4 of Workin’ Moms today? Are you thrilled to know it was renewed for Season 5 already?

One more time for the people in the back… SEASON 5, BABY!🍾🥂 #workinmoms https://t.co/nmqxAReXpx