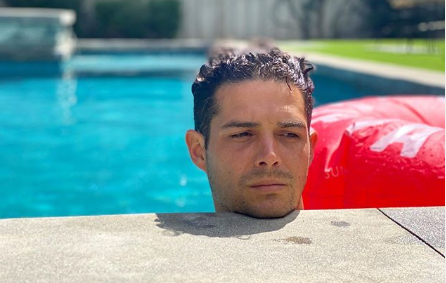 One thing that Bachelor fans love is a baby from the union of their favorite couples. Wells Adams predicted who the next Bachelor parents are going to be. He had a couple different choices for who will be parents before him and Sarah Hyland.

It’s no surprise the two couples he picked were from Bachelor in Paradise. Wells is the bartender with the best advice after all. So, who does he think is going to be blessed with babies? He shared his best guesses with Life and Style.

Wells Adams Thinks These Couples Are Most Likely To Procreate Soon

Wells Adams said, “I could see Ashley Iaconetti and Jared Haibon, maybe, because they’re the ones who are married now, so it makes the most sense I suppose.” Those two haven’t kept it a secret that they’re ready to have kids.

Ashley said, “sometime in 2020 we’ll start trying.” There’s no time like the present. She had mentioned it more than once, starting in August of last year. Then Iaconetti said, “Jared and I hope to actually be shopping for a Baby Haibon a year from now. We’d consider ourselves so fortunate if getting pregnant goes according to our plans.”

Wells Adams also said, “I could see Kevin Wendt and Astrid Loch having a kid. They’d make a really pretty kid, too.” He commented that he had time because Sarah is still very young. They had plenty of time to get ready for kids.

Wells also had some nice words for Peter Weber and his ladies. He said they were doing the Lord’s work while Bachelor fans anxiously awaited The Bachelorette according to US Weekly. He said, “They’re doing the Lord’s work, because we don’t have Bachelor stuff to come complain about right now or, like, be annoyed with. They’re off doing this stuff in and giving us stuff to talk about.” He is glad they, along with Clare Crawley, are keeping the drama coming.

Pull my finger. #tbt I miss watching @sarahhyland sing at the @hollywoodbowl, but I can’t think of a better human to be quarantined with. Also, a shower concert is a good alternative 😏.

What’s Next For Wells?

Wells Adams also commented on people who have kids right now during the pandemic. He said, “it seems like if you’ve got kids during quarantine that sucks. There’s no way I can teach a kid anything, like, during homeschool. I would be the worst teacher!”

Wells is going to be a contestant on Worst Cooks in America: Celebrity Edition. The show will premiere May 10th on the Food Network. He already has more than one podcast and plenty of wedding planning to do with Sarah. Some are wondering if he’ll make an appearance on the best of Bachelor show Chris Harrison is hosting as well. Wells knows how to stay busy and fans will continue to follow along his journey with Sarah. Of course, they’ll also anxiously wait to see if his baby predictions come true.