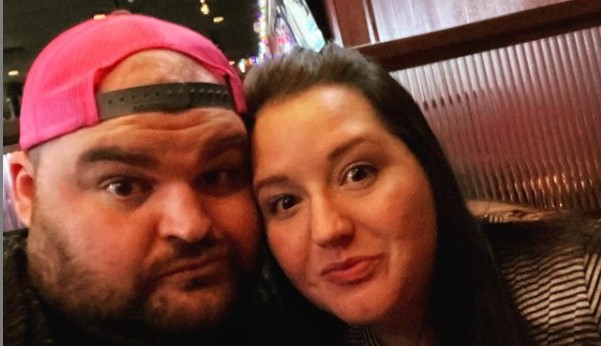 Teen Mom OG‘s Gary Shirley, the father of Amber Portwood‘s daughter Leah, has been supporting Amber despite her poor choices. Teen Mom OG fans question Gary’s decision to help Amber. She was arrested in July 2019 for domestic battery directed toward her ex-boyfriend, Andrew Glennon. Fans assumed that Gary would cut off all communication with Amber after her arrest. However, he continues to show his support to her.

Tomorrow night on #TeenMomOG, @realamberlportwood1__ meets her new boyfriend in real life (and so does Gary!) 💘

Gary commented on @teenmom‘s Instagram post on Tuesday, May 5. In his comment, Gary explains his decision to help Amber out. Gary states that Amber plays an important role in the lives of his children and he wants to keep it that way. He adds, “Amber’s happiness is a huge key to her children’s happiness.”

Next, Gary mentions that Amber often brings James over to see Gary and his family. Gary’s wife, Kristina, is also in favor of Amber being involved with their family. In fact, the couple encourages Amber to visit more often. Amber is cautious not to overstep when she visits, but Gary and Kristina assure her that they appreciate it when she stops by. Gary also notes that James and Leah have a close relationship, which reinforces his decision to continue helping Amber.

In Gary’s comment on Teen Mom OG‘s official Instagram page, he includes a statement detailing how Amber is paying for her mistakes. He says that Amber understands the gravity of her actions and the consequences future mistakes hold. Additionally, Gary says that he’s grateful for the help Amber is receiving.

Gary continues by clarifying the difference between supporting a person and supporting his or her choices. While he doesn’t agree with Amber’s actions, he supports her as a person. Gary says, “Domestic violence is NEVER OK.” His statement shows that he doesn’t accept what Amber did. However, Gary helps her because he cares about her.

Throughout the comment, Gary emphasizes that his primary reason for supporting Amber is for the good of his children. The Teen Mom OG dad wants his kids to grow up knowing Amber. He also recognizes that Amber is doing the best she can to take care of her kids. Gary wants to continue to give her the opportunity to take care of them.

Teen Mom OG star Amber has been diagnosed with bipolar disorder and borderline personality disorder. She’s been seeing a psychiatrist and a therapist to help with her mental health difficulties.

Amber’s brother, Shawn, highlights Amber’s efforts in several Twitter replies to offensive tweets. He says, “She has paid for the things that she is done and is still getting attacked for it.” Shawn also expresses his support for her. He writes, “I support her because she is my sister and I’m going to do what I can to help her.” Regardless of what fans think of Amber’s actions, Gary, Kristina, and Shawn have her back.

Should Amber’s friends and family continue to support her? Let us know what you think in the comments.