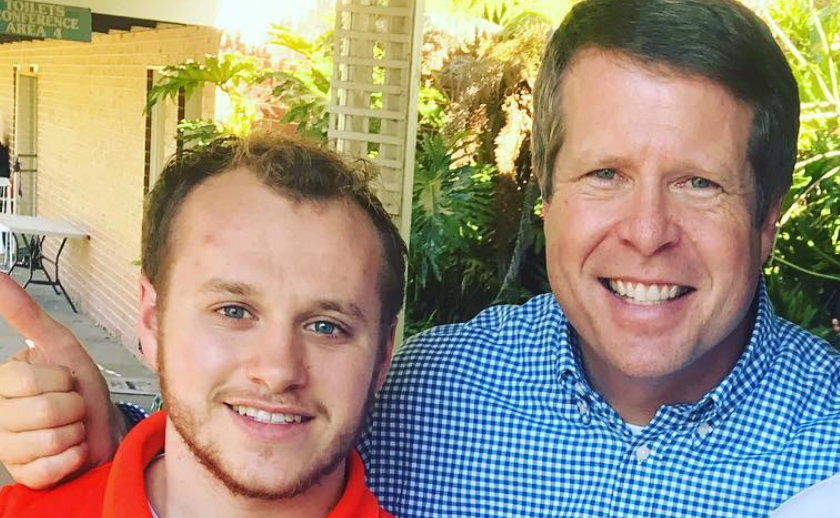 In the Duggar family, they aren’t big on social media prior to marriage. Most of the kids haven’t started using social media until they tie the knot. As it turns out, this isn’t a written rule. It’s just how most of them choose to do things.

A source tells all to The Hollywood Gossip, revealing details about Josiah Duggar’s life. The source is a former employee of the family and is also a family friend. So, the source seems to be credible. The source reveals that Josiah was trying to be like “the outside world” while he was just a teenager. Apparently, Jim Bob had trouble with Josiah due to his defiance.

Recently, Jim Bob and Josiah had an issue with a Facebook page. Josiah used a fake name to create Facebook page for himself. The source says that Jim Bob found out, which caused a lot of issues. The source says, “When Jim Bob found out about that, it disappeared. It was gone in an instant, and you heard nothing from Josiah for a long time. It turned Josiah’s world upside down. He was flying under that deal.”

In the picture that Josiah used, he’s wearing a hat and sunglasses, so it seems like he’s trying to keep his identity a secret. But, he’s posing in front of Jim Bob’s pickup truck. The license plate is visible, which totally gives it away. Then, the Duggar friend adds, “And where he screwed up is, he posted a picture that he took right in his own driveway. And people who know him know that driveway.”

How does the Duggar family monitor Internet use?

In a virtual family conference through the Institute of Basic Life Principles (IBLP), Jim Bob and Michelle Duggar talk about body safety. They also discuss puberty, sexuality, and Internet safety. The parents keep a close eye on their kids’ Internet usage. They also ask their kids to come to them if they find anything questionable. Michelle is sure to check in with the kids often. She specifically wants to know about anything her children find that might cause them to “be tempted and stumble.”

It’s unclear when these rules were put into place by the Duggar family. But, it’s possible that Josiah’s social media usage inspired the family to make those extra rules.

Honey, Where do I start? From the beginning you have always been my best friend.👫 I never knew I could love someone as much as I love you.💗 You are the one who makes me laugh until my stomach hurts, the one who calls me beautiful even when I wake up with crazy bed hair, the one who loves me even when I don’t deserve it, the one who cares for my needs before your own. You push me to do greater and better things, and have always been that encouragement to point me towards Christ! 🙌🏼 God is so kind to have blessed me with such an amazing husband! I love you sweetheart-Happy Birthday!🎈🎂 Forever and always yours❤️😘-Lauren . . . Btw thank you @andyhendersonphotography you did an amazing job!

In addition to mentioning Josiah‘s social media issues, the source talks about how Josiah’s marriage to Lauren is arranged. Jim Bob got desperate due to Josiah’s defiance. So, Jim Bob was in a hurry to marry Josiah off. He and Dwain Swanson, Lauren’s father, came to an agreement. And, that’s how the couple’s courtship began. Now, the couple has been married since 2018, and they have a baby girl, Bella. The source doesn’t think that Josiah and Lauren’s marriage is going to last.

So, did you know about Josiah’s previous social media issues? How about the marriage details? Share your thoughts below.