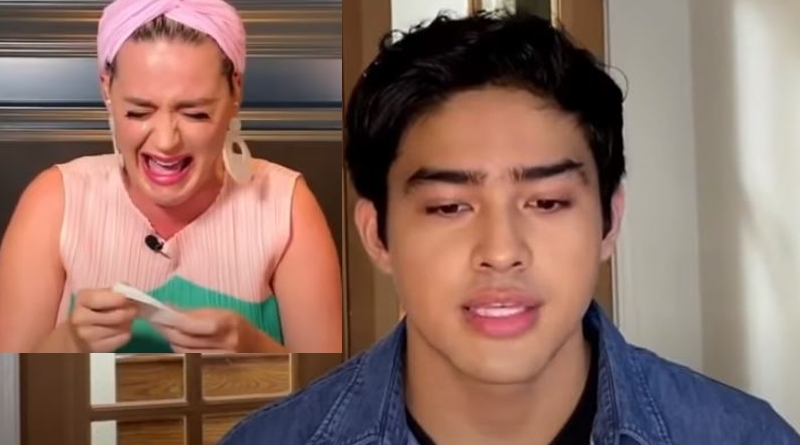 American Idol holds the Live Rounds remotely at the moment. And, the performances seem very good. So good, that Francisco Martin’s remote performance on Sunday got Katy Perry in floods of tears. Admittedly, Katy’s pregnant and her hormones are all over the place. But, the other judges agreed with her assessment of the depth of his song. And, many fans also felt he took it away with his performance.

TV Shows Ace reported that the Live Rounds kicked off with surprising accolades from fans of the show. Despite performing from home, so far, the contestants gave a good showing. Quite a few fans commented on Twitter that despite not performing in front of a live audience, it went better than expected. While the judges felt that nothing replaces the excitement and stress of a big audience, they also appreciated the efforts made by the contestants.

Each person got the same mic and equipment, which leveled the playing field a bit. However, the contestants chose the setting in which they performed. One played on the patio. Others in the house and one even built a “country cabin” for his setting.

And, in each instance, the family came out afterward to cheer and congratulate the effort. This week, Francisco Martin played last. And, he did well enough for fans to think they kept the best for last. Meanwhile, Katy Perry connected with Francisco, and the American Idol judge ended up in tears.

Katy Perry in tears and blames hormones, but the judges agree with her assessment

Fransicso sang Falling Like The Stars by James Arthur. After the performance, Katy clutched her tissue and wiped away her tears. Katy apologized, noting, “I’m sorry. I’m having a day.” Still weepy, she moaned that she can’t fit into her clothes. But for her, the clincher came when Franciso sang, about “four kids and then having one on each knee.” Katy said that she cried, Actually, she still cried. Then, she said, “Sure it’s hormones, but it was believability too. It was real believability, and I felt it.”

Well, the other American Idol judges seem used to pregnant Katy crying these days. But, while she talked, Luke Bryan nodded. Lionel Richie giggled a bit, but you could see that he also felt that emotion. Luke noted that Francisco knows how to involve the emotion in his songs.

Meanwhile, Lionel took the time to shoutout to Francisco’s mom for being a “first responder.” Then, turning to Francisco’s performance, he said that Francisco’s “all about….true talent. Not surprisingly, fans hope for Francisco to go all the way.

Fans of the show also loved Francisco’s Live performance. Here’s what some of them said:

What did you think of Francisco’s Live Round performance? Like Katy Perry, did you feel emotional? Sound off in the comments below.