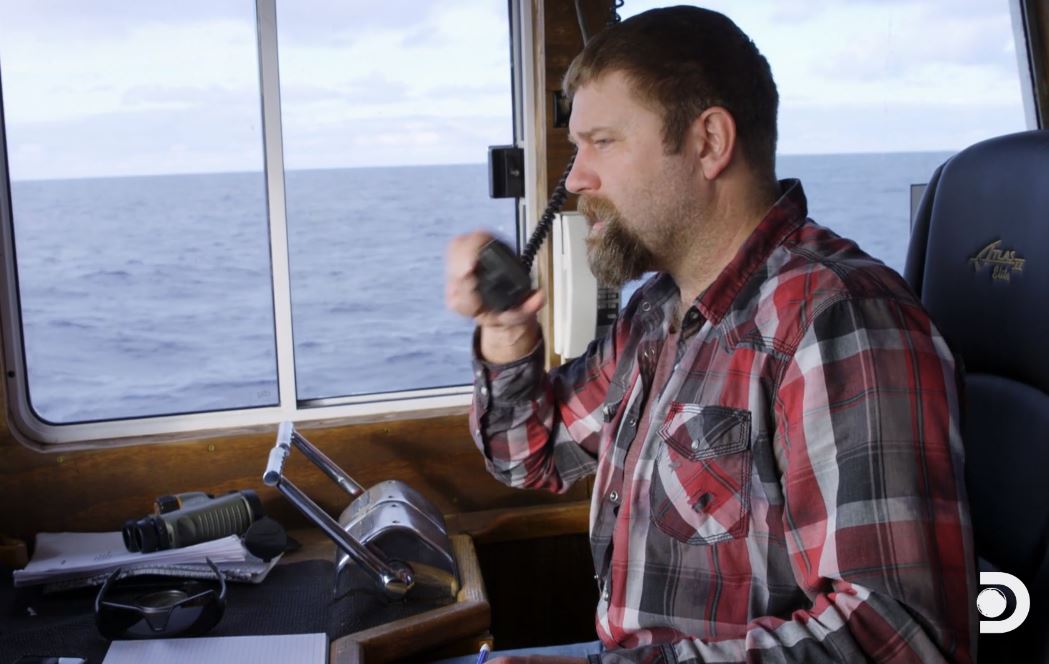 On tonight’s Deadliest Catch, a rotten haul of darn near empty pots – a string of them to add insult to injury – is what’s up for Seabrooke captain Scott Campbell Jr.. This young captain has had his share of bad luck in his short tenure as Captain on the Deadliest Catch series.

In the clip below, Captain Scott watches his men as they pull up next to nothing.

He says: “I know they’ve been grinding [and] they haven’t had a break, so the attitude start rising it’s not looking good. We’re in trouble.”  He then orders the deckhands to pull and stack, and says:  “Start stacking.”

It is this bad luck and lack of profitable crab that now has his deckhands all on edge. In crabbing, time is money and the amount of it they are spending hauling up 800-pound empty pots means no money and no profit for all that labor. And the weather and cold of the Bering Sea is the cherry on that salty miserable sundae.

Fans of the series know that bumper crab hauls come in waves, and some days it feels like the efforts were not worth the risk at all.

What happens in the Deadliest Catch preview?

The clip opens in the comforts of Captain Scott’s cabin as he watched his crew work together to pull up a string of pots during King crab fishing season. Except that these pots at best have three crabs, some even less.

Senior deckhand Mac is depressed and angry as he snaps at the greenhorn, James Gallagher.

All the deckhands are pulling up pot after pot with little to show for it, and the tensions on deck are real.  Meanwhile, Scott is observing all of this unfold from the captains cabin up above and he senses the mood is heading south fast.

A fight erupts towards the end of the clip as the senior deckhands get into it with the mouthy greenhorn who is at his last tether too.

Another one in the books!!! #king #crab #deadliestcatch #fishing

Captain Scott is a baby by Deadliest Catch captain age standards, not an older saltier dog like Will Bill or Captain Keith.  This kid, like Jake Anderson, shores up the younger end of the age spectrum for the fleet, and had retired briefly due to back pain issues.

But that didn’t mean Campbell was fallow. Scott has a huge entrepreneurial streak and went into manufacturing Cordova Coolers in Nampa, Idaho, adjacent to the growing Boise area.

Prior to his short retirement, Campbell was on Deadliest Catch for four seasons manning the F/V Seabrooke. He was a legacy crab fisherman as his dad fished too, just like Sig Hansen.

In a local KIVI Idaho news report, Campbell said: “So the only time I really got to see my dad is when I’d go up in the summers and spend time with my dad on the boat….By the time I got through my first season, I wanted nothing else but to be a crab fisherman.”

Campbell began fishing at age 15, and he shared with fans in a Discovery profile that his dad did not want him to crab, but it was his plan that his son would hate the hard work, burn out and head off to college.  It did not work.

Not just making a mark in business, but publishing is Scott’s passion too. He is the author of Giving The Finger: Risking It All To Fish The World’s Deadliest Sea, about fishing on the Bering Sea.

Tenacious and not afraid of hard work, Scott hung in there and now is one of the youngest captains in the fleet.  The F/V Seabrooke is a family affair too, as Campbell’s relief captain has his own son working with them this season.

The Seabrooke and what’s to come

Despite all the gloom and tensions with the deckhands, Scott’s social media reveals they overcame this lousy run of crab and actually finished the season with record hauls.

And as for his boat? The Seabrooke is described by Campbell as an “extra wide and super deep vessel,” with deep rudders and more horsepower than most in the Deadliest Catch fleet.

The debilitating back pain and subsequent back surgery that had sidelined Captain Scott Campbell Jr. seems to be behind him for the most part, and now he is back in action for season 16.

Make sure to tune in tonight to see if Scott’s luck changes, and if the greenhorn on the Seabrooke survives the rough seas outing.