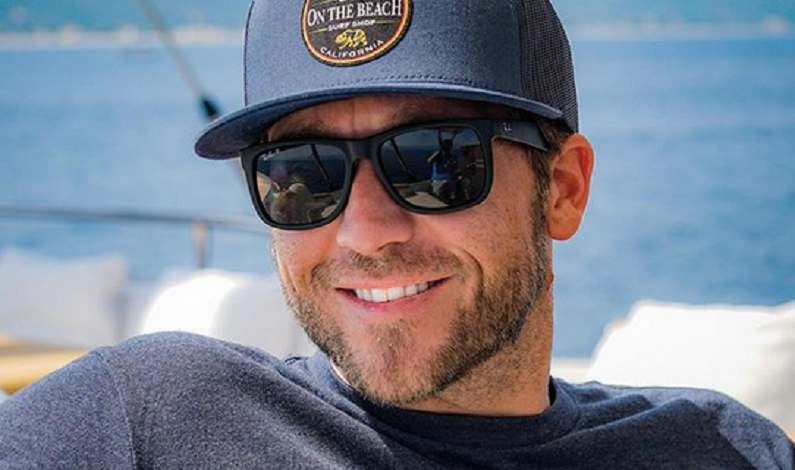 Chef Adam Glick made his big return to Below Deck Sailing Yacht, but it appears that he’s already done with the yachting industry. During his appearance on Watch What Happens Live with Andy Cohen: @Home on Monday night, May 4, he made it clear that he was done with the show. At least that’s what it felt like during the interview.

Adam is currently quarantining on a ranch. He said that he’s been working and raising crops. The chef made it clear that he was over the reality series. He seemed happier and at peace with his life. Adam also acknowledged his anger and his relationship with chief stew Jenna MacGillivray.

Below Deck Sailing Yacht – Is Chef Adam done with yachting?

According to The Daily Dish, it looks like he’s over yachting. Chef Adam Glick also hinted that he’s done with the show for now. It all started when Andy asked if Adam has an anger problem. That question allowed Adam to not only answer the question but to also to think about his future. The Below Deck star has been doing a lot of reflecting while in quarantine.

“It’s pretty clear I have an attitude when I’m working on this incredibly stressful charter yacht,” Adam explained. “With having a girlfriend that I made very clear I didn’t want this deep relationship early on during a peak season.”

Adam admits it’s hard to watch himself on the show. He’s learned a lot from his experience from working on a yacht. And he made it clear that he doesn’t want to go back to that life ever again. He’s happier off with being a rancher.

“I think that the learned lessons for me, in the long run, is that after 12 years living and working on the open ocean, I’m f***ing over it. I’m ready to have a ranch, I’m ready to live my life on land and grow a beautiful garden.”

Adam Glick claims his personality is different in real life

During the WWHL After Show, Andy asked Adam if he regrets doing the show. While he doesn’t regret going on Below Deck Sailing Yacht, he does wonder if living on land is better.

“Seeing myself play out on television for three-plus years has been a rewarding experience,” Adam explained. That’s when the chef admitted that he’s not “a total a**hole” in real life. Being on the show has allowed him to re-evaluate himself and see what else is out there. That’s what led him to the ranch lifestyle.

Adam doesn’t like the person he sees on Below Deck. He admits that he gets ugly at times. He feels that the yachting lifestyle doesn’t mesh well with his personality. Adam doesn’t even blame editing for his behavior. He totally owns up to it and says he doesn’t want to be that person again.

He also gave Below Deck Sailing Yacht viewers an update on his relationship with chief stew Jenna MacGillivray. He said that while they quarantined together and they stay in touch, they are no longer in a relationship. She stayed with him at the ranch until she returned to her home in Canada.

“Actually, I was with Jenna for about the first half [of being quarantined] I would say,” Adam explained. “And then she had to get back to Canada and I had to stay in America. So that was sort of the beginning of us being separated.”

The reality star said they are in the “treading water” phase of their relationship. Although they stay in touch, they have no idea where their future will take them. Adam said that while they could marry other people, they’ll still want to discuss what they had.

As for whether they were just friends or friends with benefits during the quarantine, he claims their focus “was to try and survive this season.” They also took the time to “reassess the situation,” meaning their relationship.

What are your thoughts on chef Adam Glick? Do you think he’s over the yachting life? Sound off below in the comments section.