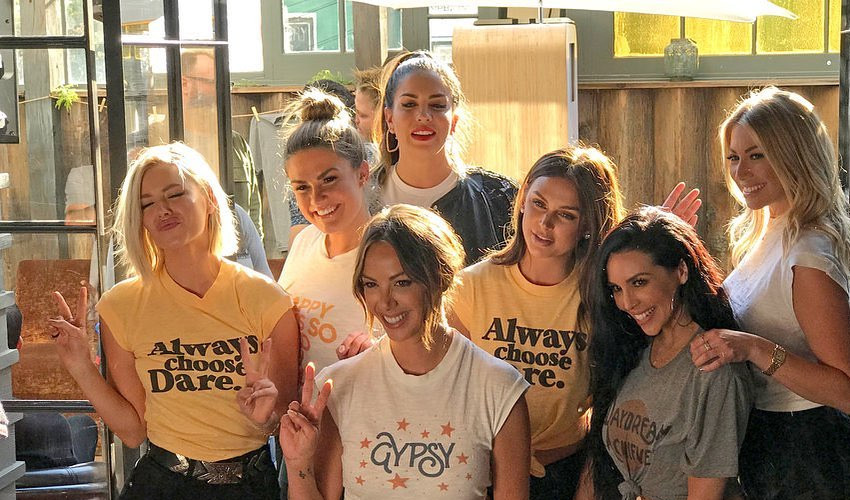 A Zoom reunion? With traditional production shut down temporarily, Bravo is turning to video chat app Zoom for the Season 8 reunion of Vanderpump Rules.

In addition to his WWHL hosting duties, Andy also has a SiriusXM radio show, Radio Andy, that he broadcasts from his home in New York City. On Monday, May 4, Andy casually dropped the news that the Season 8 reunion of VPR is done. He joked, “I might be breaking a little news here.”

According to Andy, the reunion was filmed virtually “on Thursday,” April 30. He assures fans that it will be a “great reunion” despite the unconventional format.

Reunion Airdate Not Yet Announced

During his radio show, Andy opened up about what else was happening as the reunion filmed. On Thursday, CNN host Anderson Cooper announced during his broadcast that he is now a father of a son, Wyatt. The baby was born on Monday via a surrogate, People reports.

Andy reveals that he was still “wrapping up” the VPR reunion but took a break to watch his friend’s announcement. The Bravo host said his producer thought he was acting “crazy,” but he didn’t want to miss the monumental event.

While Andy let it slip that a virtual reunion is in store for VPR fans, he didn’t say when it will air on Bravo. Vanderpump Rules still has three episodes left to air for Season 8.

How Will Jax Taylor React to Virtual VPR Reunion?

Jax Taylor has yet to comment on the experience of filming a virtual reunion. However, last month, he shared his reservations about a reunion done remotely. TV Shows Ace reports that Jax worried about having time to address all of his issues with his various castmates.

As fans know, Jax has been feuding with co-star and former friend Tom Sandoval. However, Jax has refrained from addressing the feud on Twitter. In March, he wrote that he is saving the discussion for the Season 8 reunion.

Jax isn’t the only one with concerns. One fan on Twitter was wondering if they should consider getting a bigger TV to fit all the VPR newbies on the screen at once.

Just Trying To Work Out If I Need A Bigger TV For A Vanderpump Rules Virtual Reunion 😂😂😂 @BravoTV #PumpRules #TheOGsAndTheNewbies #WWHLatHome pic.twitter.com/glXwTX6tme

Tell us in the comments if you think a virtual reunion will work for Vanderpump Rules.

The Real Housewives of Atlanta’s virtual three-part reunion starts May 10 on Bravo.

The season finale of Vanderpump Rules airs May 19. Check out the preview below for the May 5 episode where Jax goes head-to-head with co-star Kristen Doute.