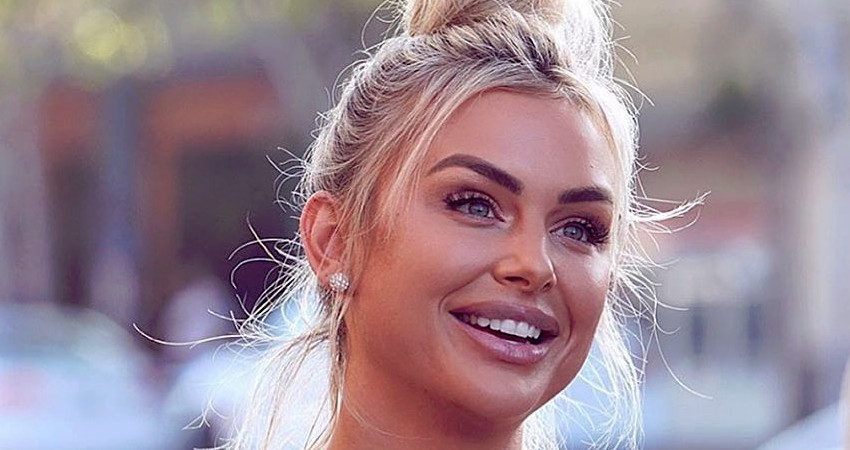 Vanderpump Rules star Lala Kent is throwing it back to 2013. She recently started watching Season 1 of VPR. And she likes what she sees. Over the weekend, Lala posted a tribute on her Instagram to ‘pay homage’ to the original cast of VPR.

Back to the Beginning: Lala Binges Season 1

Before this weekend, Lala claims she never saw any episodes of Vanderpump Rules from before she joined the cast. As hard as it is to believe, Lala isn’t one of the original stars of the hit Bravo show.

In fact, when the show premiered in 2013, there were only six main cast members, plus Lisa Vanderpump. The OGs of VPR include Stassi Schroeder, Jax Taylor, Katie Maloney, Tom Sandoval and Scheana Shay.

Tom Schwartz didn’t join full-time until Season 2. It wasn’t until Season 4 that Lala joined the show immediately acting “like I was running sh*t- going as far as calling it Lala Rules,” she writes in her Instagram tribute.

Lala Thanks Co-Stars for Letting Her Join the ‘Chaos’

As fans know, Lala should be a married woman by now. Her April 18 wedding will now happen in late July due to the coronavirus pandemic. With not much to do, Lala started watching VPR from the beginning.

She shared with her Instagram followers that she is now on Episode 4 of the show’s first season. And her initial response to what she’s seen so far? “HOLY SH*T!”

Season 1, of course, saw the end of Jax and Stassi’s toxic relationship. He briefly moved on to actress Laura-Leigh. Jax recently defended her on Twitter after a fan called her “annoying,” TV Shows Ace reports.

Fans may recall Stassi shunning Scheana for her affair with actor Eddie Cibrian during Season 1, as well.

The first four episodes of VPR left an impression on Lala. She posted a cast photo of the original six stars, alongside a caption touting the ones who “started it all.” While Lala thinks her co-stars will “kill” her for posting a throwback photo of them, she graciously thanks them for laying the foundation of such a “epic show.”

Lala writes, in part, “Without y’all I wouldn’t have had a chance to join such chaos. Cheers to 8 years of this show and the people who got it this far.”

I have completed 5 seasons on Vanderpump Rules. I stepped onto the scene like I was running shit- going as far as calling it Lala Rules 🥱 Last night I decided to start watching VPR from the beginning. I had never seen an episode prior to me joining… I’m on season 1 episode 4 & HOLY SHIT! After watching I felt compelled to pay homage to the people (including Lisa) who started it all. Thank you for making such an epic show. Without y’all I wouldn’t have had a chance to join such chaos. Cheers to 8 years of this show and the people who got it this far 👏 @bravotv @evolutionusa I know my cast may kill me for posting this 😂

Lala isn’t the only one binging Season 1 of VPR. During the coronavirus quarantine, Bravo is airing daily marathons of seasons past from many of their hit shows.

A Season 1 marathon of Vanderpump Rules aired recently and people on Twitter were in their feelings with nostalgia. Stassi recently tweeted that fans ask her all the time to bring back Season 1 Stassi but then get mad when she does.

One fan shared a gif of Season 1 Stassi’s epic “I am the devil and don’t you forget it” line, calling the season ‘WILD.’

Another fan couldn’t believe that they once rooted for Jax and Stassi to get back together.

Watching season 1 of #PumpRules and I can't believe I used to WANT @stassi and @mrjaxtaylor together… you've both grown so much!

Season 1-7 of Vanderpump Rules are available on streaming platforms Hulu and Amazon Prime, as well as the Bravo website.

There are just three episodes left of Season 8, with the season finale airing May 19. A reunion usually follows, but Bravo has yet to announce if the reunion will be filmed virtually or not. Neither Jax Taylor or Brittany Cartwright love the idea of a virtual reunion, TV Shows Ace reports.

Being a reality star isn’t all fun and games, as Lala revealed on her Instagram Stories last week. After a fan sent her threatening messages, Lala notified the police.

The VPR star aired the messages on her Instagram Stories to give her followers a small taste of the kind of DMs she receives.

In the DM, the fan low-key threatens Lala, her fiancé, Randall Emmett and his children. Reality Blurb grabbed screenshot of the messages on Lala’s Instagram Stories before they disappeared.

Lala lets the fan know that their messages were forwarded to the police department.

Tell us in the comments what you’re binge-watching during the quarantine.