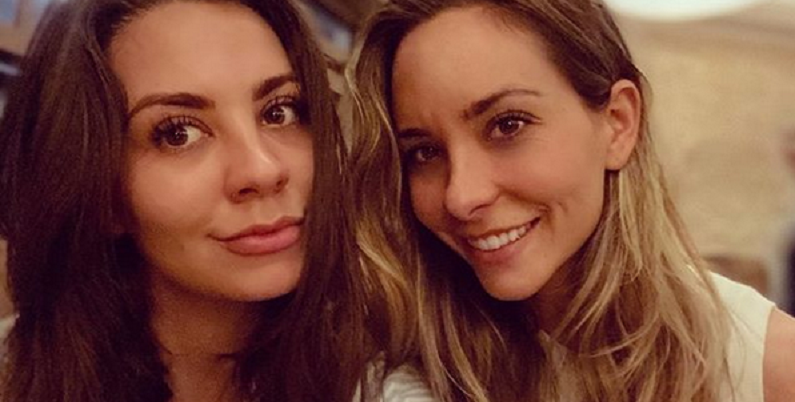 Kelley Flanagan and Peter Weber are Instagram official. This comes after they were spotted together in Chicago in March. Peter’s mom has already given her seal of approval. She didn’t just give them her approval. She took to Instagram with a collage of their relationship journey.

This comes after Bachelor Nation claims that Peter’s mom shouldn’t be in his business, especially when it comes to his relationships. She had a lot to say about his relationship with Madison Prewett on After the Final Rose. Barbara also made it clear that she was a major Kelley Flanagan fan. But what does Kelley think about their relationship?

It’s clear that Barbara ships them hard. It seems like she’s a little too obsessed with their relationship. Most of Bachelor Nation is happy for the couple. But there are some of them who are sick of hearing about Peter and Kelley. Check out this NSFW Instagram post  as per Cosmopolitan.

Kelley even commented on the post by writing, “I shouldn’t be laughing bc this is about me but I did.” The internet has jokes and Kelley is taking it all in good stride.

Peter’s family is very happy for him

Ever since the Bachelor couple confirmed their relationship over the weekend – and Peter’s entire family couldn’t be any happier. “All of their friends and family are so happy for them,” an insider told Us Weekly. The outlet was the first to break the news that the 28-year-old commercial pilot and the 26-year-old lawyer are “fully dating” but wanted to keep things secret at first.

This comes after weeks of speculation. But it looks like the couple wants to make their relationship public. TV Shows Ace reported that Peter confirmed that they’re dating after all.

“You caught me. Let the adventure begin,” the former Bachelor wrote on Instagram in a picture of him kissing Kelley in the cockpit of the plane.

Bachelor Nation flooded the Instagram post with well wishes for the couple. They congratulated the pair on making their “next big” step together.

“This was just their way of announcing they’re a couple to the world,” the insider revealed.

How did Kelley Flanagan and Peter Weber meet?

Peter met Kelley prior to filming for the ABC dating series even started. The two talked about their chemistry during the night that they met at a hotel. Kelley and Peter wanted to continue exploring their connection on the show, but she was sent packing. Fans noticed sparks between the two when they reconnected in Chicago amid the coronavirus pandemic.

This came after Peter’s split from Madison. In case you forgot, Peter got engaged to Hannah Ann Sluss on The Bachelor, only to end things and end up with Madison again. They broke up two days after the finale. Then he was trying to get back with Madison while he was seeing Kelley. But Peter feels like he “finally got it right” with Kelley.

What are your thoughts on Peter Weber and Kelley Flanagan dating? Sound off below in the comments section.