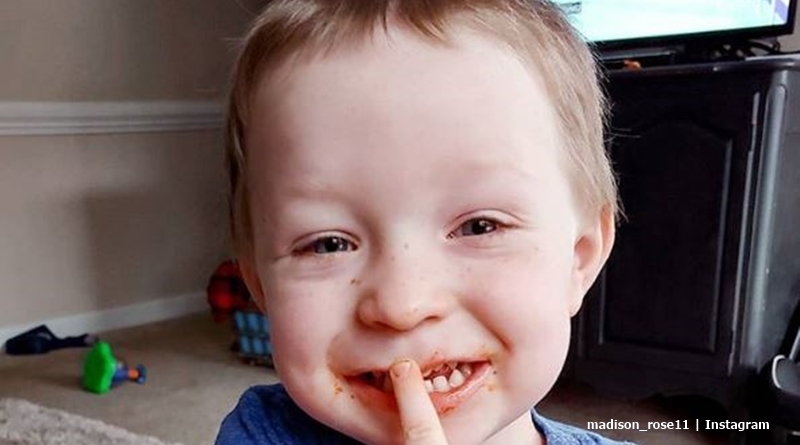 Sister Wives fans wondering if Maddie Brown Brush is in Flagstaff now know she’s in South Carolina. On a recent Instagram post, she shared about taking Axel out for some safe social-distancing fun and tagged her photo in SC. The sun’s shining, it’s a beautiful day, so what to do that’s also safe with coronavirus around? Maddie came up with an excellent idea.

Maddie took to her Instagram on Saturday and shared a photo of her out in the fields at Brock’s Berries & Farm. Tiny tot Axel got up close to the plants in the photo. Maddie captioned it with, “Strawberry picking sounds like a good social distancing activity right?” Then, she played a bit of a pun on her words and noted, “Axel sure ate it up and loved the mud some! Now for some Jam! 🍓💛.” That sounds like a great idea and some fans already tried it. One follower noted, “Totally a quarantine activity!! We did it a few weeks ago!”

As the Sister Wives star also said that she made some jam, a few fans hopefully asked if she’d send them some. Another fan wrote, “Looks like so much fun! As a kid, our neighbor went strawberry picking every year and then made a bunch of jam. My mom would help her out by watching her kids so she always gave us jam. Homemade jam is so yummy! 🍓” Well, if you live anywhere a farm that allows berry picking, why not put it on your to-do list as a safe way to enjoy an outing during the coronavirus epidemic?

Maddie engages with her fans more often these days

After the birth of Maddie’s daughter Evie, many fans supported her and reached out with encouragement. That came after she spoke to People about her daughter. The outlet reported in October last year, that “Maddie Brown Brush’s daughter was diagnosed with (FATCO) syndrome, an extremely rare genetic disorder that affects bone formation in utero.” Then, in the recent season of the TLC show, fans watched the birth of Evie as Maddie underwent difficult labor.

Sister Wives fans lent Maddie so much encouragement and support, that she shared how she felt “overwhelmed” by love, TV Shows Ace reported. Maddie posted up on her Instagram, saying, “I just wanted to say an enormous THANK YOU for all the love we have received on Evie’s birth!” She also mentioned that so many people reached out  to them that she felt “overwhelmed.”

Strawberry picking sounds like a good social distancing activity right? Axel sure ate it up and loved the mud some! Now for some Jam! 🍓💛

Well, it certainly looks like Maddie’s got a lot of fans these days. Hopefully, she continues sharing more of her life on her Instagram while fans wait for a new season of Sister Wives. What did you think of Maddie’s idea of berry picking during social-distancing? Will you try something like that as the weather grows a bit warmer? Sound off your thoughts in the comment s below.