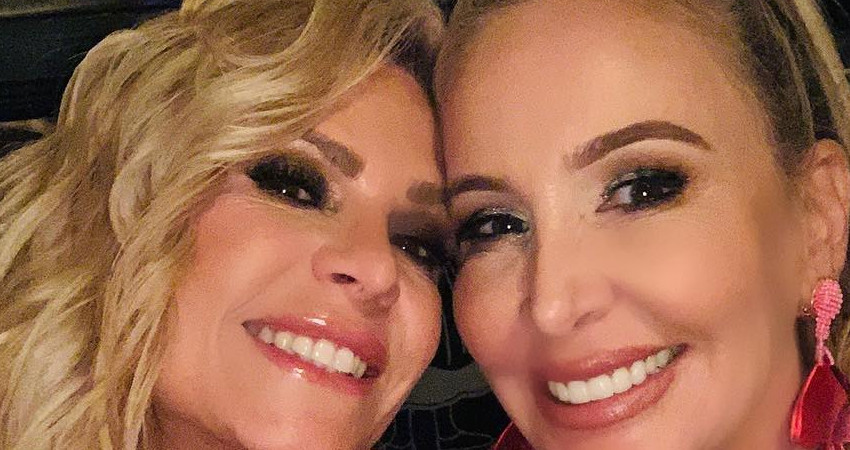 The Real Housewives of Orange County’s Tres Amigas is down a member. Tamra Judge discussed the demise of her friendship with Shannon Beador during a Q&A with fans over the weekend.

Tamra’s ‘Fake Friends’ Post Was About Her RHOC Co-Star, Shannon

In March, the RHOC star posted a passive-aggressive meme about ‘fake friends’ on her Instagram. The post read, “Fake friends are like shadows. They follow you in the sun but leave you in the dark.”

Tamra’s followers quickly jumped on the post, assuming she was talking about Shannon. At the time, Tamra denied her post had anything to do with the Tres Amigas member.

However, she finally admitted recently that it was directed at her former friend, TV Shows Ace reports.

The feud between Shannon and Tamra traces back to Shannon’s selfie with RHOC star and neighbor, Kelly Dodd. As fans know, Tamra, Kelly and Vicki Gunvalson butted heads often during Season 14.

In fact, at Tamra and Vicki’s urging, Shannon stopped being friends with Kelly, though the two were close in the past.

In Tamra’s view, once she and Vicki left RHOC after Season 14, Shannon resumed her friendship with Kelly.

A fan asked Tamra over the weekend if she’s talked to Shannon at all lately. Tamra responded that no, they haven’t talked. She revealed the depth of their feud when she said, “Nope, stopped trying. Was sick of being sent to VM [voicemail.]”

Tamra, Vicki and Shannon were so close that they gave themselves a nickname: ‘Tres Amigas.’ However, now that Tamra and Vicki are no longer on the show, Tamra suspects Shannon has no use for them, Us Weekly reports.

During Tamra’s Q&A, a fan asked Tamra if Shannon was only friends with her for the show. Tamra responded, “Kinda looking that way.”

The last photo with Shannon on Tamra’s Instagram is from November of 2019 when they attended BravoCon in NYC.

If Tamra and Shannon are on the outs, where does that leave Vicki? A fan asked Tamra if she’s still friends with Vicki. Tamra responded in the affirmative. She said, “We are great. Talk every day and can’t wait to get together. In talks to do our own show.”

Not much is known about the show Tamra and Vicki are working on together. However, it is temporarily on hold due to the coronavirus pandemic.

Filming for Season 15 of The Real Housewives of Orange County is also on hold indefinitely. Some of the other Real Housewives franchises are airing new seasons, however.

The Real Housewives of Atlanta’s virtual three-part reunion starts on May 10. TV Shows Ace reports that the reunion will be high on drama.