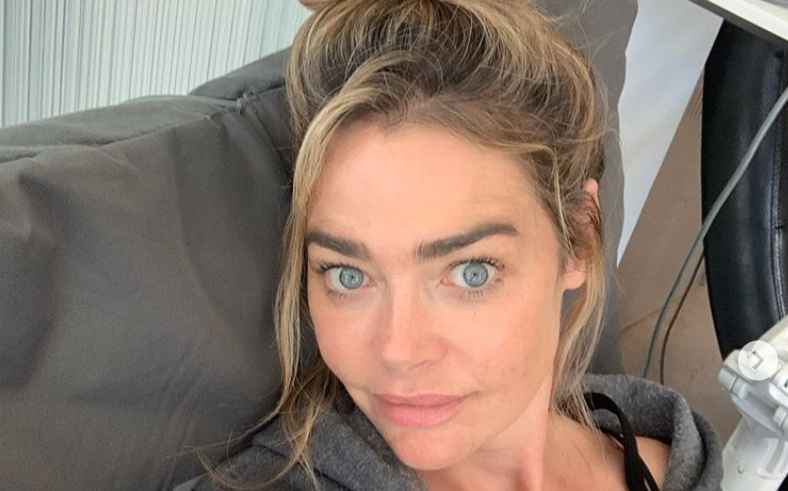 Denise Richards of Real Housewives of Beverly Hills posted a fun photo of her nine-year-old daughter, Eloise, to Instagram on May 1. The image shows the cute girl holding Denise’s RHOBH mug while styling bed head hair. We can probably all relate to her hairstyle during the COVID-19 lockdown and Denise goes on to make a cute joke about her daughter.

Next star of Real Housewives of Beverly Hills?

With the image of her daughter, Eloise, Denise Richards quipped, “Oh boy… is this in her future?!?” She refers to the RHOBH mug in her daughter’s hands and writes, “With that #bedheadhair she’s definitely our daughter.”

US Weekly reports they had exclusively revealed that Denise had adopted Eloise at the age of five weeks in 2011. Richards also has two other daughters Sam, 16 and Lola, 14, which she shares with her former husband Charlie Sheen.

At a later stage, The Bold and the Beautiful star confirmed to US Weekly that Eloise has a chromosomal disorder. She made the announcement during the Season 9 Real Housewives of Beverly Hills reunion in December 2019. Describing Eloise’s condition, Richards said it has caused several delays with her while affecting her speech and development.

Richards and her husband Aaron Phypers found out about the disorder two years prior. The condition is reportedly difficult to diagnose, so Eloise went through a lot. When Eloise saw what was written on Eloise’s medical report, she said it was hard to see this in black and white.

Denise is raising Eloise with her husband Aaron. Aaron runs a healing center in Malibu. He made a scene at Kyle Richard’s dinner party in the latest episode of Real Housewives of Beverly Hills on April 29.

In that episode of the Bravo reality show, Phypers said everything that has been taught about “how disease process and stuff works is not true.” After a pause, he continued, saying he has to be careful.

Aaron went on to explain that when he was 12, his family was living next to the “largest nuclear facility in North America.” He went on to say they watched everyone die of cancer. He said he doesn’t understand why they could split an atom with sound and cause a nuclear explosion.

Aaron continued by saying, “If you look at an atom, there’s lots of space, right?” He referred to “electron, proton, neutron,” saying there is a lot of empty space. He further said that 99.9 percent is space. However, it is “oscillating at a frequency that appears to be real in our reality.” Phypers went on to ask if that makes sense.

This statement clearly confused Teddi Mellencamp, Kyle, Erika Jayne, Garcelle Beauvais, Lisa Rinna, Dorit Kemsley and Sutton Stracke. We can totally relate, as this is something you don’t expect to hear on Real Housewives of Beverly Hills! At that moment, Denise stood up at the table, warning Aaron that people are already “following them.”

Watch the next episode of Real Housewives of Beverly Hills on Bravo on Wednesday at 8 pm ET.