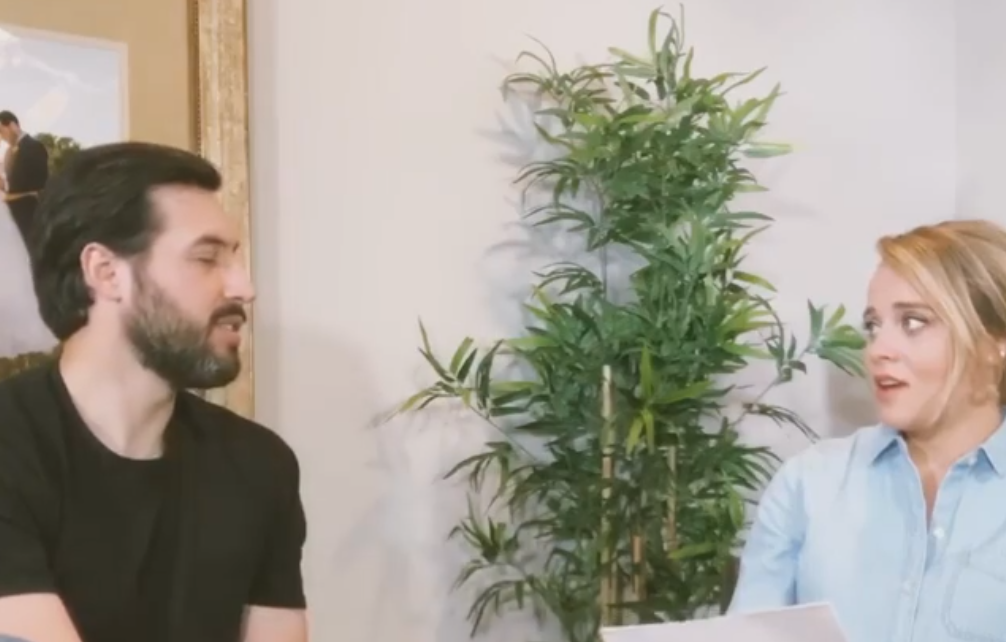 In a new Instagram TV (IGTV) video, Jeremy and Jinger Vuolo play a game of Would You Rather? This is a way they’re passing the time while practicing social distancing. They have also filmed other videos, including Q&A videos. Some Duggar fans seem to like the new video and think it’s entertaining. But, others have found plenty of reasons to dislike it.

Some fans notice that Jeremy appears to be “controlling” and “argumentative” throughout the video. This has prompted some fans to suggest Jinger gets a divorce. Plus, some fans think that there’s something wrong with the couple’s marriage.

In addition to fans disliking how Jeremy treats Jinger, some are pointing out that his current haircut and beard don’t look good. One comments, “No. Jeremy aged 20 years with that beard and no haircut!!!! Cut it all off!!!” The same fan argues that Jeremy doesn’t need to go to a barbershop to get his beard taken care of. The fan says, “His long beard shows off his gray hair more and makes him look 20 years older. He could pass for 45 in this video.”

Well, due to the coronavirus, hair salons and barbershops are closed. So, that’s likely why Jeremy’s hair and beard look different than they usually do. Plus, the family is just hanging out at home, so he may not see a need to shave his beard. Nonetheless, some Duggar fans are ignoring the fact that he can’t get a haircut right now.

Amid the coronavirus, several of the Duggar daughters have revealed that they’re giving their family members haircuts. Jill Dillard filmed a YouTube video of herself giving her two sons haircuts. Joy-Anna Forsyth posted on her Instagram story and revealed that she gave two-year-old Gideon a haircut at home. She’s honest about the haircut, noting that she used kitchen shears.

Jessa Seewald takes things to the next level by filming tutorials to help fans out during this time. On YouTube, she shares how she cuts her two sons’ hair and her husband’s hair too.

Even though Jessa, Joy-Anna, and Jill are putting their haircutting skills to use, it seems like Jinger is leaving Jeremy’s hair alone. Maybe she doesn’t have as much experience as her sisters do. Or maybe Jeremy is fine just waiting until after the coronavirus passes to get a professional haircut. After all, many others are in the same boat. Some are choosing to do their hair at home, but others are opting to leave it to the professionals. So, plenty of people will come out of this with long, messy hair.

So, what do you think of Jeremy’s look? Do you dislike it like Duggar fans do? Share your thoughts below.