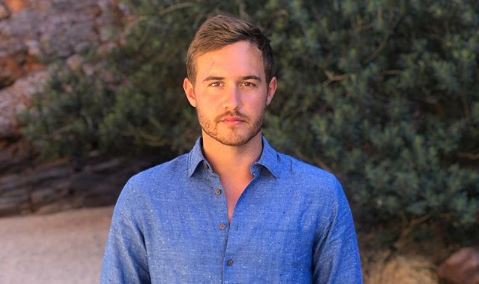 The Bachelor star Peter Weber found love on the show it just wasn’t with one of his final two girls. There has been a lot of talk that he is dating Kelly Flanagan. Not long ago, a source confirmed that these two are a couple. So far, Kelley and Peter aren’t saying anything about actually dating. They have been together though and are not hiding that fact at all. Now, Peter Weber’s mom Barbara is confirming this relationship in her own way. It was with a simple Instagram post.

Barbara went to her Instagram today and her post is showing the world who her son is dating. It also makes it look like she is pretty proud of the relationship. Check out what she posted below with the simple caption of “Serendipity.”

It looks like Barbara made the collage or a fan passed it on to her. Regardless, she posted it which pretty much proves these two are together. Someone commented on the post that this was their favorite couple all along, which Barbara simply replied to that she can’t wait to see them. It looks like a lot of people agree that Peter and Kelley should be together. Fans will just have to wait and see if this relationship works.

Peter Weber and Kelley Flanagan have been showing off their time together with TikToks. You can see below that they are having fun with it. Hopefully, this means that they’re getting to know each other well while in quarantine.

Peter and Kelley met before the show

If you forgot, Peter Weber and Kelley Flanagan actually met before the show. They ran into each other at a hotel. She was unsure if she should do the show or not, but that confirmed it to her. Being part of The Bachelor is how she was able to end up finding love. Peter could have saved a lot of heartbreak if he had picked her in the end. Instead, he dealt with breaking up with both of his final two girls.

Don’t miss watching Clare Crawley as The Bachelorette. They have not started filming yet, but hopefully, that will be able to be done soon. ABC is just trying to figure out the best way to do it and also keep everyone safe from COVID-19. It will be interesting to see what they decide.

Jinger & Jeremy Vuolo Net Worth 2021: How Do They Afford Living In LA?
Will There Be ‘When Calls The Heart’ 2021 Christmas Movie?
Zero F***s? Erika Jayne Doesn’t Care About ‘RHOBH’ Cast
Todd Chrisley BLASTS Fans: How DARE They Question Savannah
Is Isabel Roloff Worried How Pregnancy Will Impact Her Eating Disorder?