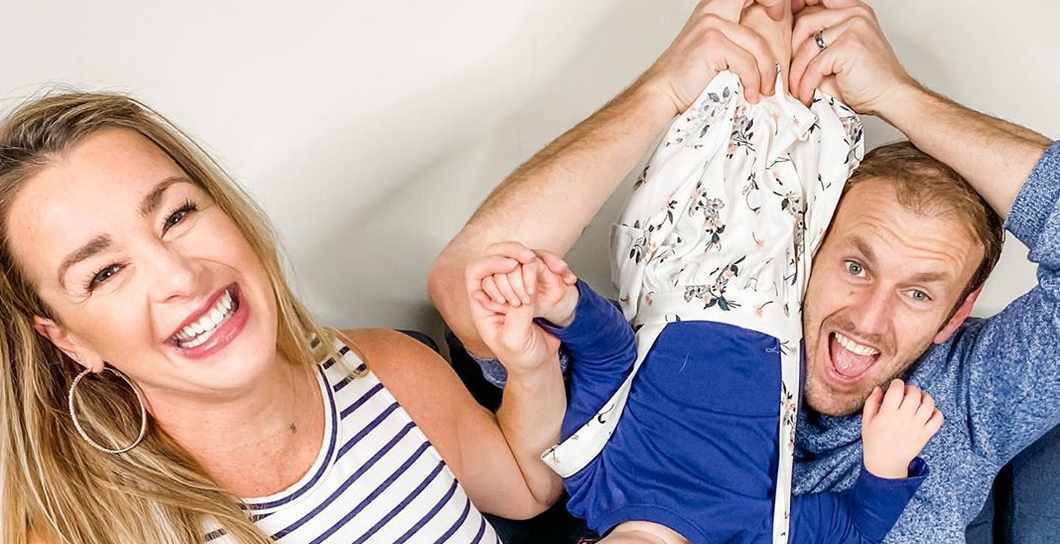 Jamie Otis was on The Bachelor, and she met her husband on Married at First Sight. Now, Jamie and her husband Doug Hehner are expecting their second child together. Jamie’s due on May 11, so her baby boy could arrive any day now. The baby boy will join big sister-to-be Henley Grace, who goes by Gracie.

On Tuesday, Jamie and Doug filmed a YouTube video, revealing the baby’s name. It was a challenge for the couple to come up with the perfect name for their baby boy. They’ve gone back and forth during Jamie’s whole pregnancy. But, excitedly, they announced that the baby finally has a name.

As TV Shows Ace reports, the couple involved Gracie in the big baby name reveal. The family plays a game of Hangman to spell out the baby’s first name. The game isn’t quick with a toddler, so it takes a little while. And, at the end of the video, Doug jokes that they should play the game again for the baby’s middle name. Jamie is quick to reveal the middle name, possibly trying to avoid another drawn-out round of Hangman.

In the video, the couple reveals that the baby’s name is Hayes Douglas. Now, in a new Instagram post, Jamie talks about the baby’s name and how it came to be. She writes, “Our top two names were Hendrix and Hayes. I still *LOVE* Hendrix, but Hayes just kind of came out of left field mid pregnancy and the more we talked to the baby, the more we felt like Hayes just goes with him & fits into our family.”

Then, Jamie Otis continues, “His middle name (Douglas) is after his daddy & pop pop—the two greatest men I’ve ever met!” She says that she loves meaningful names. But, the name “Hayes” doesn’t technically have a meaning that’s significant to the family. Nonetheless, Jamie and Doug love it, so that’s why they’re using it.

⁣ 38 weeks🤰🏼 and WE HAVE A NAME!👶🏼🌈 Hayes Douglas Hehner is getting ALL his big sissy’s kisses!💋 He’s due to come any day now (5/11 is due date) so we did the “baby mama” dance to CELEBRATE!🕺🏼 ⁣ ⁣ Our top two names were Hendrix and Hayes. I still *LOVE* Hendrix, but Hayes just kind of came out of left field mid pregnancy and the more we talked to the baby, the more we felt like Hayes just goes with him & fits into our family.🤗 (We tried calling him several names – those two ended up being the top two names).⁣ ⁣ His middle name (Douglas) is after his daddy & pop pop—the two greatest men I’ve ever met!🥰⁣ ⁣ I really like when names have significant meaning behind them – and to be honest – there isn’t any “meaning” per se behind Hayes. We just love it. …do people name their kids names just because love it?!🤷🏼‍♀️ Because we are!💯🥰⁣ ⁣ Hendrix is loosely tied to the name Johnathan and I *really love* the idea of honoring our angel baby in Heaven, Johnathan Edward Hehner👼🏼💙 …But after literally months going back and forth, Doug and I decided this little boy bouncing around inside me is Hayes.👶🏼🌈⁣ ⁣ We are CELEBRATING THIS DOUBLE RAINBOW with the “baby mama” dance over on our @hotmarriagecoolparents YouTube page. We’ve been vlogging our pregnancy and we plan on sharing our home birth on there as well!🥰 The link is in my bio or you can just go to YouTube and search Hot Marriage Cool Parents to watch!🕺🏼⁣ ⁣ Gotta tell ya, we did our own kinda dance and it was literally ONE TAKE bc I couldn’t move my body after 1 min of dancing!🤦🏼‍♀️🤣 OMG I was legit EXHAUSTED!🤰🏼 …How do all these pregnant ladies make that baby mama dance look so easy?!?😝⁣ ⁣

Jamie plans on a home birth amid coronavirus

Due to the coronavirus, Jamie and Doug are opting for a home birth. Parents-to-be are limited in how many people can be in the delivery room. This leaves out doulas, photographers, and other family members. Plus, there’s the risk of babies contracting the illness. So, after weighing the pros and cons, Doug and Jamie decided a home birth is the best option.

Before proceeding with a home birth, Jamie had to be tested for the coronavirus. This was a scary time for her, because it determined the fate of her child’s arrival. If her test came back positive, she wouldn’t be able to have a home birth. She also wouldn’t be able to see her son for two weeks. But, if she went into labor before her test results came back, she’d be forced to have a hospital birth.

Fortunately, Jamie’s test came back negative. So, it’s just a waiting game until the baby boy arrives. And, it’s looking like he’ll be born at home when it’s time.

So, what do you think of Jamie and Doug’s baby boy’s name? Share your thoughts in the comments below.