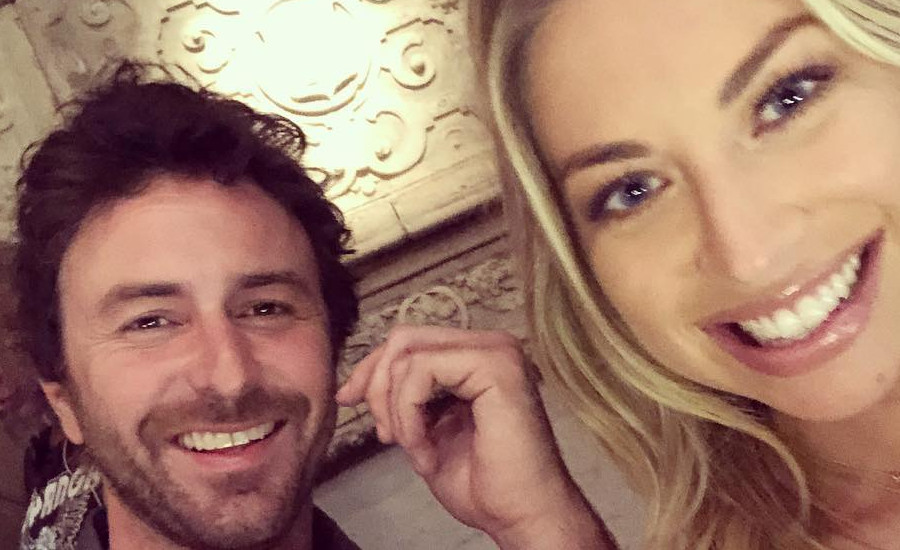 Leaking up to the surprise proposal, Stassi goes off the rails, thinking Beau is never going to propose. Beau now admits that he was basically gas-lighting Stassi to keep his proposal plan a surprise.

While Stassi’s outbursts were front-and-center on VPR, the reason behind her behavior wasn’t. Stassi tells Entertainment Tonight that fans didn’t get the full picture. She said,

I don’t think they showed properly, this whole season, how, like, he– we got into so many arguments, and there were so many sad moments, because he convinced me that he wasn’t ready anymore.”

According to Stassi, the couple talked about getting engaged for a “full year” when Beau suddenly changed course or “reneged on that,” as she calls it.

Beau readily admits that he was lying to Stassi. He recounts to ET, “I was like, you know, ‘I’m… work has been really slow… I might lose my job. I just don’t know where I’m gonna be at, you know, financially, I might have to sell my jeep…'”

All’s well that ends well, but Beau admits that he “crossed the line” with his lies. TV Shows Ace reports that Beau had another plan in mind before his cemetery proposal.

Getting a marriage proposal in a cemetery may not be everyone’s dream, but Stassi loved it.

I feel really lucky that I get to watch back the best day of my life tonight. Graveyard, diamond, the love of my life. Couldn’t ask for anything more. Okay, 🤮 I know.

While the VPR couple were happy about their engagement, an ill-timed text put a damper on Stassi’s mood. Kristen Doute’s on/off boyfriend, Brian Carter, sent the couple a text to remind them to “thank Kristen for hooking you guys up.”

He went on to accuse Stassi and Beau of treating Kristen “like s**t.”

Carter’s defense of Kristen was too little, too late, Beau and Stassi felt. Beau tells ET that the text was in “poor taste.” Stassi is more succulent. She says it was “f**ked up.”

In fact, Stassi called it the “nail in the coffin” for Carter’s friendship with the VPR crew.

As fans know, Stassi, Kristen and Katie Maloney are feuding during VPR’s Season 8 over Kristen’s relationship with Carter. According to Stassi and Katie, Kristen asked them to help her be “more open” about her relationship, but when they tried, Kristen would defend Carter on-camera.

The result which made Katie and Stassi look like “bad friends” to the viewers.

Not only wasn’t Kristen invited to the engagement party, but she’s also not getting a wedding invite. Assuming the wedding is still happening.

Stassi and Beau are planning an October wedding in Rome, Italy. However, the coronavirus pandemic struck Italy particularly hard. Stassi’s wedding may have to be postponed.

The VPR star tells ET that the wedding planners think the couple should postpone their wedding. However, Stassi and Beau are “holding off” until the last minute to make a decision.

Stassi acknowledges that there are “much greater things” to worry about than being in “wedding limbo.”

Tell us in the comments if you think Carter’s text was out of line.

Vanderpump Rules airs Tuesdays on Bravo. Jax and Kristen get in an argument in next week’s episode. Watch the preview below.