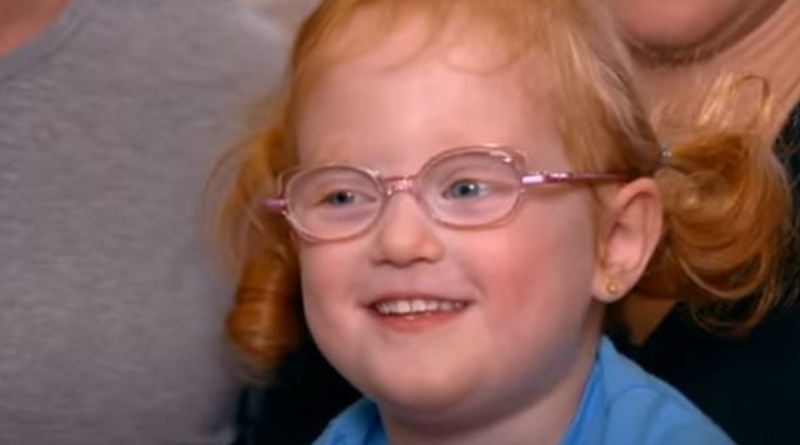 OutDaughtered dad, Adam Busby certainly seems to be super-patient with “concerned” fans who troll on him. From criticism about the safety of the kids, through to what they wear, how he talks, and the photos he shares, it keeps on coming. But, it seems he’s either got a thick skin or developed a tactic in dealing with it. Even when he slams people, he does it quietly and patiently. Now, he shared a lovely photo of Hazel, and a fan scolded him for calling her “ginger.”

OutDaughtered – Fans think Adam takes superb photos, but a fan scolds him for a caption

During COVID-19 social-distancing, Adam Busby, Danielle, and the quints seem quite lucky about where they live in Texas. The area’s not massively built-up. And, as long as they stay well away from other people, they manage to get down to a nearby lake quite often. The quints especially seem to love their little outings to the waterside. On Thursday night, Adam shared a photo of Hazel. Many fans complimented him on his photography, as he captured the light just right. It also captured Hazel’s lovely smile.

Posting up the photo of the cute 5-year-old quint, he wrote a sweet caption. Actually, it told a story. Even though no ducks appeared in the photo, fans could imagine the setting. He captioned it with, “What duck wouldn’t come to this sweet little ginger?” So many people love the little girl, and some fans say she’s their favorite of all the quints. Bear in mind, that fans of the show followed the quints on OutDaughtered since their birth. So, they feel rather proprietary about the Busby’s daughters. But sadly, sometimes that makes some people feel that it’s okay to troll or scold their parents.

Amidst the many pleasant comments, one person felt it right to scold him. They wrote, “Calling someone a ginger is not always appropriate just because they have red hair fyi.” Well, some fans slapped at that comment. One person said, “omg! Chill out! A lot of people refer to Redheads as Ginger. Are you even serious with that BS?!” Then, another one who lived with red hair all her life said it’s a “much nicer term” than some she’d heard. But Adam never let it get to him. He just said, “don’t be so sensitive. Ginger isn’t a derogatory word.”

Other OutDaughtered fans wonder about where the red hair came from. Well, TV Shows Ace looked into that a while back. In fact, it “usually traces its way back to the Irish.” And, it can skip generations. According to Eupedia, red hair’s the result of both parents carrying a recessive trait known as the MC1R gene. If one parent doesn’t have that gene then the child can’t be born with that unusual coloring.

What do you think about the fan who complained and scolded Adam for calling Hazel “Ginger?” Do you agree that he’d never use the term in a horrid way about his beloved daughter? Sound off your thoughts in the comments below.

Lisa Rinna Sued For Copyright Infringement: What Did She Steal?
Todd Chrisley Debunks Lindsie Bombshell: Wait, She Was Involved?!
Tammy Slaton Disappears, Pulls Plug On Social Media: Is She Dead?
This May Be Proof TLC Is Completely Done With The Duggar Family
Did NBC Renew Or Cancel ‘Law & Order: Organized Crime’ Season 2?