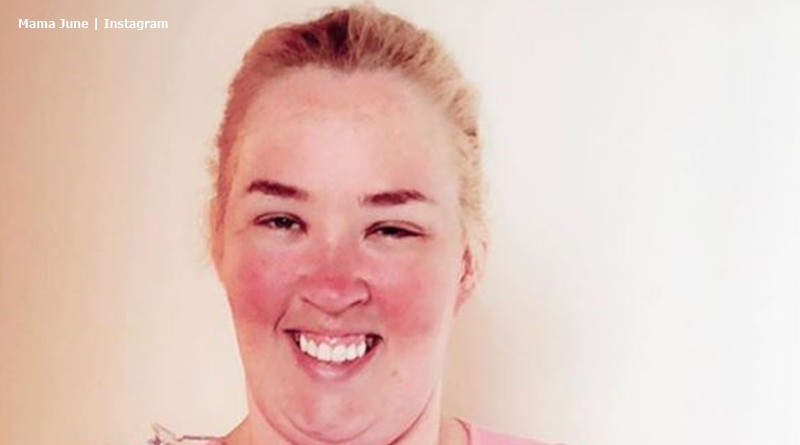 Mama June got a lot of hate after she left Alana and went off with Geno Doak. It came after her arrest for drugs and paraphernalia and a failed family intervention. With the current season of Not to Hot, Family Crisis that hate grows as fans see Alana so distressed. Mama June’s apparently off with Geno indulging in drugs and gambling. Meanwhile, Jennifer tries to get custody of Alana from Pumpkin. Furious fans hate it that June’s not with her kids. But recently, June shared some news about where she’s at. And on Thursday, fans cheered her on after she shared a photo of herself in a red costume.

Mama June shares a photo of herself in a swimsuit

The WEtv show didn’t finish the current season yet, so fans don’t fully know the outcome. But, on her Instagram, it appears that Mama June started pulling herself together. TV Shows Ace reported that recently, she spent time with her friend Alan Barta. We reported that she and Geno look a bit healthier these days, some fans think. That came after a series of photos emerged showing her in Florida. Fans urged Alan to help his friend by sending her home to her daughters. Nevertheless, nobody knows yet if she returned home and volunteered for some help. But, what they see from June’s Instagram is that Alan does indeed, seems to help her.

This week, the matriarch of Mama June: From Not To Hot shared that she works out near the beach with Alan. In that post, she talked about getting her fitness level back. And, she later posted up a photo showing that she got her broken teeth fixed in Orlando, Florida. Well, fans who filled her Instagram with hate started commenting nicer things about June. Now, she shared a photo of her in a red swimsuit. It looks current as the pool and deck area featured in recent Instagram and Cameo posts. The hate and trolling diminished quite steeply, in comparison to previous posts.

So thankful for @dr_matthew_yantorni of @lakenonadentalgroup for fixing my smile 😃 he does amazing work y’all he made my veneer in one day! #orlandodentist #mamajune

Fans cheer Mama June on her progress toward her old self

June shared a photo on Thursday of her standing on the deck in her red swimsuit. She previously shared a photo of herself in the same bathing suit in early April, InTouch Weekly reported. On her new post, June captioned it with a simple hashtag, “#Bootimous.”

Plenty of Mama June: From Not To Hot fans reacted and some of them noted that the hate levels dropped considerably. One fan wrote, “You look beautiful!! I’m soo proud of you Momma June!! ❤️❤️❤️😇😇😇😇😇😇.” Then, another one said, “So glad you look healthier!! just your overall look on your face anymore is so nice and true!!” Others hoped that while June’s in Florida, she keeps in contact with her daughters. After all, it’s not so easy to travel these days, with the coronavirus around.

What do you think about June who seems to look much better for the exercise these days? Do you hope she and the kids finally reconciled? Sound off your thoughts in the comments below.