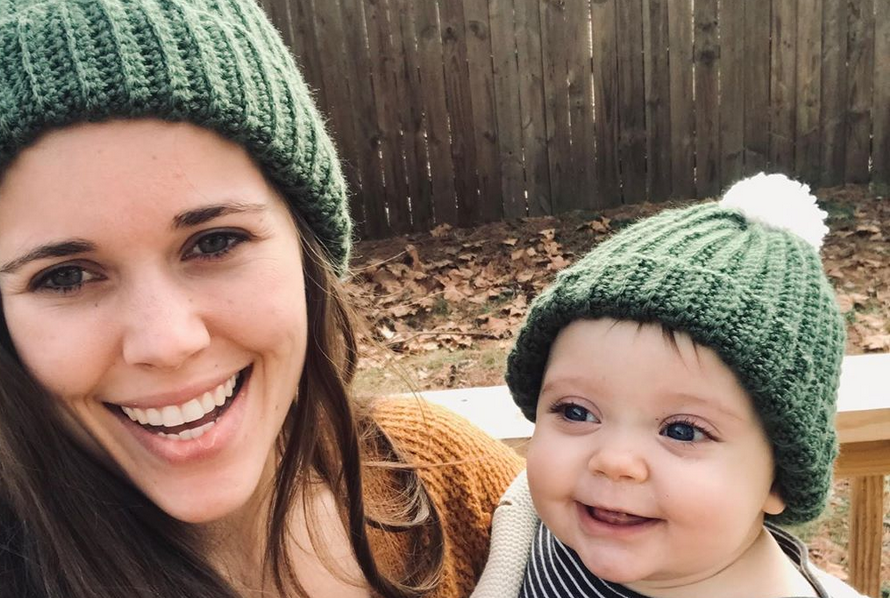 In a new video from TLC, Jessa Duggar Seewald talks about picky eaters. She shares tips for other parents to use too. Jessa reveals that two of her three kids are picky eaters.

In her video, Jessa says that they want to introduce a wide range of foods to their kids. She says that they do this slowly. So, they make a side of something that they’re okay with the kids eating a lot of. Then, as a part of the meal, they introduce another side or a dish that’s new to the kids.

Another benefit of having her kids try new foods is that Jessa is learning how to cook new things too. She says it helped with her cooking skills.

The Duggar daughter says, “It was hard at first because they would just look at something and they would say ‘Ew! Yucky! I don’t wanna eat that.’ And so, we had to ban the word ‘yucky’ from the dining room table.” Then, she continues, “And we taught them to say ‘I don’t prefer that.’ If they would try it, they could say, ‘I don’t prefer that,’ instead of ‘I don’t like it! Gross!'”

The mom admits that the kids still sometimes said they didn’t like something. But, things seem to be going better now. Jessa says this is going well. She says that there are still some protests. But, they try most dishes when they’re on the table.

Jessa says that they are required to try at least one bite. The family’s rule is that “you don’t have to like it, but you do have to try it.” By doing this, Jessa’s kids have discovered a variety of foods that they like. Jessa says they like all types of foods, from Italian to Mediterranean.

On her YouTube channel, Jessa often shares helpful videos. Some of these videos are cooking videos and she’s always sure to share the recipes too. On YouTube, Jessa has been posting a lot of recipe videos lately. She showed her followers how to make tomato soup. She also made a video of herself making lemon pepper chicken.

This 5-ingredient Creamy Tomato is one of our favorite soup recipes! Perfect served with a side of grilled cheese. 😍🍞🧀 . Link in bio!

Duggar fans seem to love that she’s sharing so many great recipes. She often shares about whether her kids like the recipes too. And, even if they aren’t necessarily “kid-friendly” foods, her kids seem to enjoy them. So, Jessa’s picky eater tips definitely seem to be working in her house.

So, what do you think of the video Jessa shared? Leave a comment below.