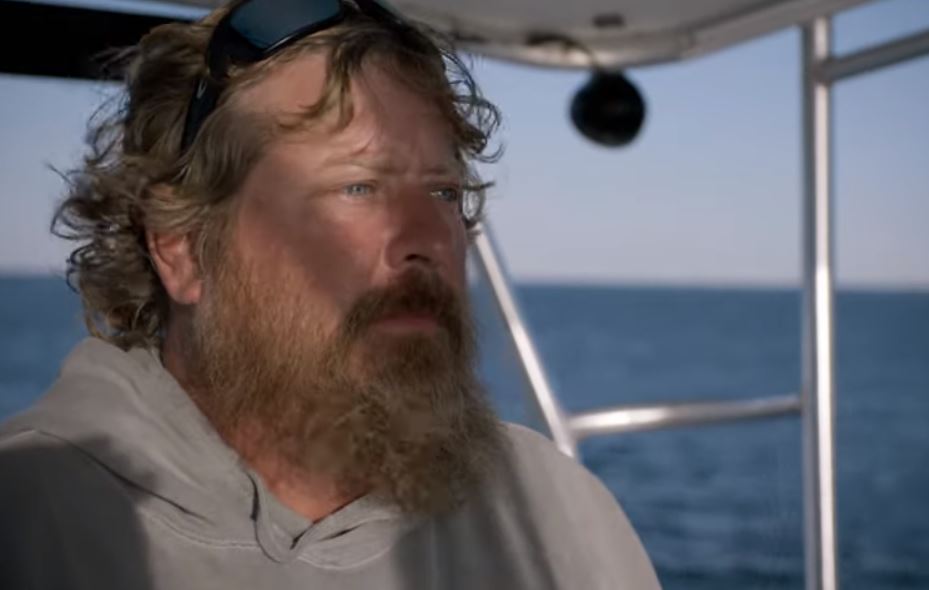 There’s a new big fish on Discovery Channel this May. The famous Gloucester fishermen of Massachusetts are the centerpiece of all the nautical drama in All On The Line, this brand new series about their quest for the “big blue.”

Everybody has to eat, and the fishermen have their backs against the wall financially as the race for the elusive Atlantic Bluefin Tuna is on.

The series follows the work and the stories of two crews sailing out of Gloucester, Mass. in their bid to capture as much of the valuable fish as they can, all while keeping safe and making their quotas so food is on their table during the leaner cold months.

What is All On The Line about?

This is another fascinating look at working class people bringing America the food it demands.

They do not get much prettier than the Cape Ann section of the Massachusetts coastline. And the town of Gloucester, forever associated with the Gorton’s Fisherman adverts, is where the fishing industry is concentrated.

And we set sail from Gloucester, Massachusetts, as two crews are competing to land monster tuna and pay their bills and survive through the winter.

The North Atlantic Bluefin Tuna is a valuable catch and sadly in limited supply globally. A good fish can net a whopping $20K for a single catch. The fishermen have a strict quota to avoid overfishing and encourage sustainability.

To win big, fishermen must reel in the biggest tuna as fast as possible. But there’s a catch: each boat is allowed one catch per day and must reel them in by hand, resulting in a backbreaking battle that can last for hours. With the livelihood of their families on the line and generations of tradition behind them, these families of fishermen will rely on each other and work together towards a shared goal.

Massachusetts Bay is notorious for rough waters. As the weather worsens these elusive fish seem to get bigger and the potential payday does as well.

But the inherent risks are there. At what cost chasing the tuna? We’ve all seen The Perfect Storm. It does not end well for those caught in the crosshairs of Mother Nature while chasing big fish.

These monster tuna can weigh more than 1,000 pounds and are reeled in the old fashion way – by hand – making it the ultimate battle of man versus beast.

The cast of All On The Line

There are two fishing boats, the ‘Julia Nicole’ and the ‘Subdivider,’ and the series will chronicle the dynamic between these two groups and their cooperative working relationship as they band together in an industry that otherwise demands cutthroat competition.

On the ‘Subdivider,’ legendary fisherman, Johnny Johnson, featured in the photograph, has a cracking crew assembled in his hunt for tuna. Fun fact: Johnson is a former roadie! He worked with the Grateful Dead road crew in the early 1980s and toured the world before ending up in Hawaii, where he stumbled into the hunt for yellowfin tuna.   His own father holds the world record for the biggest catfish.

Johnson says: “One day I’m going to get a world record of my own by catching a fifteen hundred pounder. It’s out there somewhere, and it’s got my name on it.”

The other boat is the ‘Julia Nicole’ is a grandfather, father and son family affair.

Dan Smith Sr. is “taking a backseat to focus on other businesses,” yet his eager 18-year old son, Danny Jr., a hockey jock from his school days, wants to be “the best fisherman in the world.”

All On The Line, another new Discovery hit series? We think so!

So we have all the elements for a tasty fish stew: Interesting family dynamics and larger-than-life personalities, and an American work ethic that braves the risks for the rewards.

Just like our Deadliest Catch crabbers, they love the life, risks and all. Life for them would be dull any other way.

In addition to viewing there are extras for the diehard anglers out there.

All On The Line premieres Friday, May 22 at 9pm ET/PT on Discovery Channel.