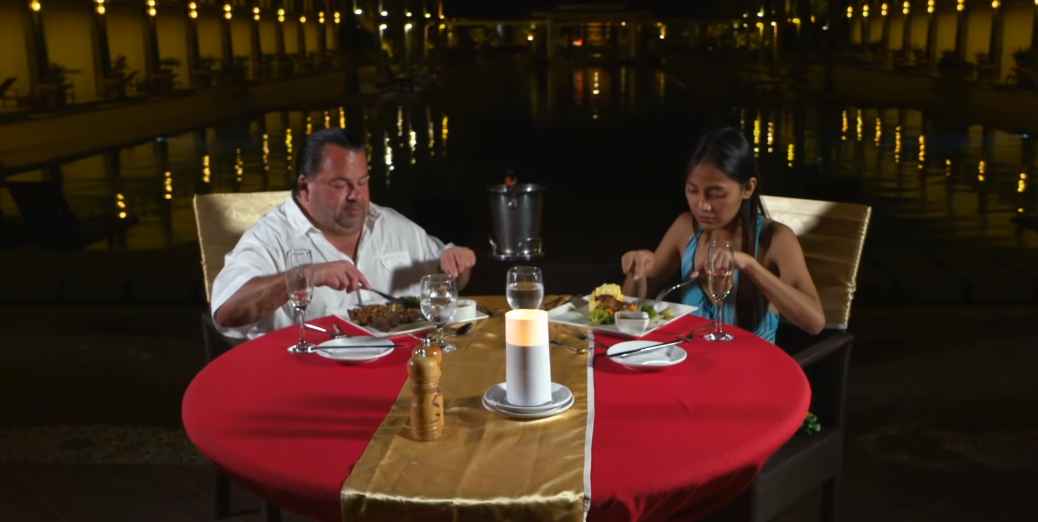 Fans met Rosemarie Vega (Rose), 23, and Ed Brown (Big Ed), 54, in Season 4 of 90 Day Fiancé. Since then, they have been among the most controversial couples on the TLC reality show. Big Ed constantly shocks Rose publicly. Firstly, by asking her to take an STD test and secondly by asking her to shave her legs. There is nothing about Big Ed and Rose that resembles a romantic match.

Have the 90 Day Fiancé stars broken up?

Several online clues have hinted that Big Ed and Rose have split. This is especially after Rose posted an Instagram Live on April 23. The post has since been deleted but in it, Rose blasts Ed for “embarrassing” her. She also accuses him of using her to become famous.

According to In Touch, so far, neither 90 Day Fiancé star has said anything to confirm they have broken up, or if they are still together. However, there are a number of clues that point to them breaking up. 90 Day Fiancé blogger John Yates had captured a video of Rose, which she said Ed used to his advantage.

In the Instagram Live, Rose says, “How dare you,” to Big Ed, saying he has publicly humiliated her. She went on to accuse Ed of not really caring for her, saying he just wants the fame she can bring him. Rose also claims he is a liar. This is after Ed said he was worried Rose was using him as a “meal ticket.” Rose says Ed hasn’t given her “a penny.”

Hey all Bigedwear.com coming soon as well as Teddywear,,”You’re ALL welcome”

The TLC reality star did open up on April 28, to speak about the backlash that has been hitting him. However, Ed didn’t specifically mention Rose. He went on to tell his fans that he is trying to share a message. That message is to tell fans to love themselves and laugh at themselves. Big Ed stresses that if they can’t do that, they are “f**ked.” He reveals one person on Instagram has said they hoped he would get the coronavirus.

The 90 Day Fiancé star said that was “hilarious,” adding “But it’s not, but it is.” His confusing message continued saying he knows what they mean and “they are just kidding.” Again, Ed said people must love each other.

What did Big Ed do to make Rose mad?

Where shall we start! There was the time when he asked her to take an STD test, while not agreeing to have one himself. There was the “romantic massage” where Ed told her to shave her legs, saying they were as hairy as his.

However, a recent incident really got Rose mad. It happened in the April 26 episode of 90 Day Fiancé. During the show, Ed takes Rose to an island for a getaway. He presents her with lingerie and a bikini. Even worse, he gives her mouthwash and a toothbrush, telling Rose her “breath isn’t pretty.” Ed went on to show his concern for her dental hygiene, but before the episode was over, fans were posting about it on social media. This may have inspired Rose to fight back.

If only I can hug and thank everyone of you individually, I will do it. Thank you all for lifting me up. I just want you all to know that I’m reading all your good and encouraging messages. I love you all. So much. 😭❤️❤️❤️

Since that 90 Day Fiancé episode, Rose seems to be in relatively good spirits. She posted on Instagram on April 27 to tell people to stay strong. Rose said, “if people talk about you behind your back” which means you are two steps ahead of them. The Filipina told fans to “be happy for them” and always stay positive. She closed by saying God has a great plan for her, but it is “not now, but soon.”