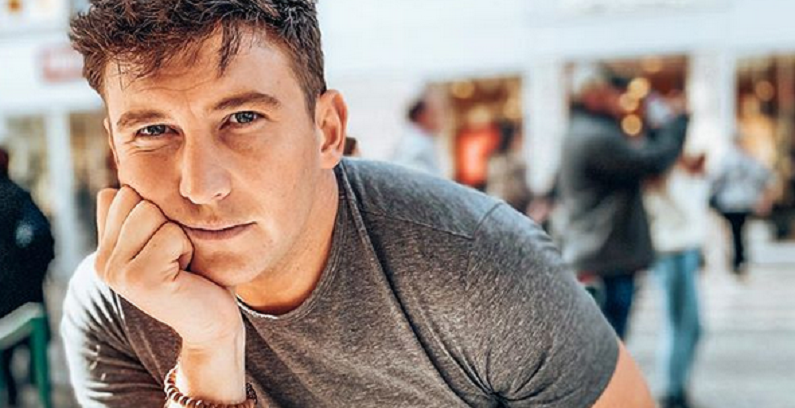 Blake Horstmann knows how quickly Bachelor Nation can turn on you. Earlier this year, viewers turned on Peter Weber after witnessing his messy season of The Bachelor. But before Pilot Peter, there was Blake Horstmann.

While he wasn’t a Bachelor, he did appear on Becca Kufrin’s season of The Bachelorette. The fans were in love with him. They wanted him to become the next bachelor. However, that all changed when Horstmann became the villain of Bachelor in Paradise Season 6.

He infamously pursued both Caelynn Miller-Keyes and Kristina Schulman at Stagecoach before the show started filming. Horstmann was called out for his behavior. When he left the beaches of Mexico alone, he never returned to the show. Fans are wondering whether Horstmann would return The Bachelor franchise. In a recent Instagram Q&A, Horstmann expressed his uncertainty.

Blake Horstmann may not return to The Bachelor franchise

On Thursday, April 29, Blake Horstmann hosted an Instagram Q&A to discuss his Bachelor experience. One fan asked if he would return to the franchise. Horstmann seemed hesitant about his decision. He said he would be open to returning to the show, but only under one condition.

“Honestly I don’t know,” Blake Horstmann wrote. “If I could be myself and open up again in that environment I would. But IDK if I ever could again…”

“And I wanna meet everyone,” Horstmann continued. “I love getting to know people outside of an edited TV show. I love being surprised by the real person.”

The fans asked Horstmann which members of Bachelor Nation he would like to meet. He said he would rather meet the people who are real. Despite his experience, Horstmann doesn’t have regrets joining The Bachelor franchise. Another fan asked him if it was all “worth it.” Horstmann responded with a resounding yes.

“Even the highs and lows I have been through on the show I still really do believe you can find someone,” he explained. “As cheesy as this show can be and as edited as it can be there is something special about the relationships (whether it be friendly or romantic) that come out of it.”

Horstmann even admitted that he would do it all over again. He said there are more advantages than disadvantages to being on the show.

Horstmann’s uncertainty about returning to The Bachelor franchise may not come as a surprise to fans. During his last Instagram Q&A in March, he revealed hat he didn’t want to be on the next season of Bachelor in Paradise, as per Showbiz Cheat Sheet.

“I def wouldn’t do it this year (still have pretty bad PTSD),” Blake Horstmann wrote. “I don’t even know if I would do it in the future either because I don’t know if I could be myself. It’s hard for me to trust anybody now let alone producers and anyone in front of the cameras…”

Saturday was one hell of a night! Thanks to everyone that came out! We tore the roof off of @premierac!What city is next? #thisisjustthestart #djblake #thisisactuallymepointingatagirlwhofaceplanted

In smaller text, Horstmann hinted that some of the contestants act differently in front of the camera. He previously called out the ABC producers for encouraging drama.

“The producers are evil, but they’re very good at their jobs,” he told the Indiana Daily Student back in February.

Will Bachelor in Paradise still air this summer?

Fans want to know if Bachelor in Paradise will return this summer. It’s likely that the upcoming season is postponed due to the coronavirus pandemic. Bachelor Nation is aware that Clare Crawley’s Bachelorette season has also been postponed. As per Vulture, ABC has come up with a creative way to entertain Bachelor Nation.

The network will premiere The Bachelor: The Most Unforgettable – Ever! on Monday, June 8. The ten-episode series “takes audiences on a journey to look back at some of the most dramatic moments ever,” in the franchise’s history. It’s basically Chris Harrison playing some old clips as Bachelor Nation alumni pop in for virtual chats with Harrison.

Blake Horstmann obviously has a complicated experience with The Bachelor franchise. But overall it seems like he wants to avoid reality television and continue to live his life behind the cameras.