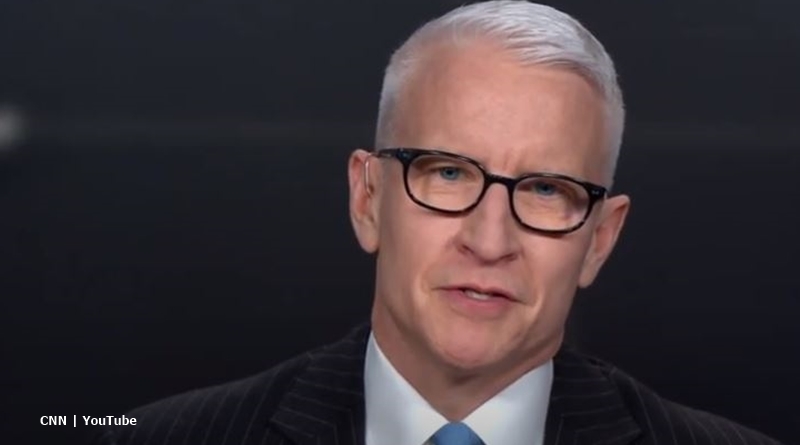 Anderson Cooper just announced the arrival of his surrogate baby, Wyatt. He introduced his first baby pic along with the announcement on Instagram, tonight. He’s thrilled about the arrival, obviously, and his best friend Andy Cohen, also a surrogate dad, shared his joy about the event as well.

Obviously thrilled to welcome his son, Wyatt shared a photo of the little fellow. He captioned it with a long description. In it, he mentioned that the name Wyatt comes from his Dad. Sadly, he passed away when Anderson was just ten-years-old. Wyatts’ second name is Morgan. Anderson explained the name comes from the mom’s side of the family. So, welcome to Wyatt Morgan Cooper! Unfortunately, neither his mom or his dad, as well as his brother will meet Wyatt.

Anderson noted that he likes to believe they can see him. “I imagine them all together, arms around each other, smiling and laughing,” he said. He also noted how much he hopes that he ends up being a great dad like his own father. Fans heard that little Wyatt arrived on Monday this week, so he’s now three-days-old. Naturally, he thanked the mom who carried his little son, noting her dedication and caring attitude. Like Andy Cohen, he hoped for a child one day, but given his gender preference, never thought that would come.

Andy Cohen shares a photo and his congrats about Wyatt Cooper

Obviously thrilled for his friend, Andy, the dad of surrogate son Ben took to Instagram as well. He shared a different picture of Wyatt. Andy captioned it with, “new life, new hope!” Wyatt Cooper, you couldn’t have come at a better time! I know a friend who can’t wait to meet you! ♥️” Very close to his friend, TV Shows Ace reported that Anderson visited him during self-isolation. Cooper and he kept well apart though, as Cooper remained in the street below and spoke to Andy via his phone. So it’s no surprise that he reached out about the arrival of Wyatt.

Many fans responded to Andy’s post, noting that Benjamin and Wyatt probably grow up to be the best of friends in the future. Meanwhile, over on Anderson Cooper’s Instagram thousands of congrats poured in. They came in from colleagues, fans, and friends. One person wrote, “I’m so thrilled for you! Wyatt is beautiful! He looks right at home in your arms. Congratulations!! 🎈🎉🍾.” Another said, “so shines a good deed in a weary world. ❤️💜 congrats.”

Meanwhile. as Anderson Cooper works with CNN, they happily broke the news as well. They reminded readers that Wyatt weighed in at 7 pounds 2 ounces. Anderson said, “It has been a difficult time in all of our lives, and there are certainly many hard days ahead.” He added, “It is, I think, especially important in these times of trouble to try to hold on to moments of joy and moments of happiness.” Well, the arrival of Wyatt certainly cheered up thousands of people, tonight.

Remember to check back with TV Shows Ace often for more news about Anderson Cooper’s son Wyatt in the months ahead.