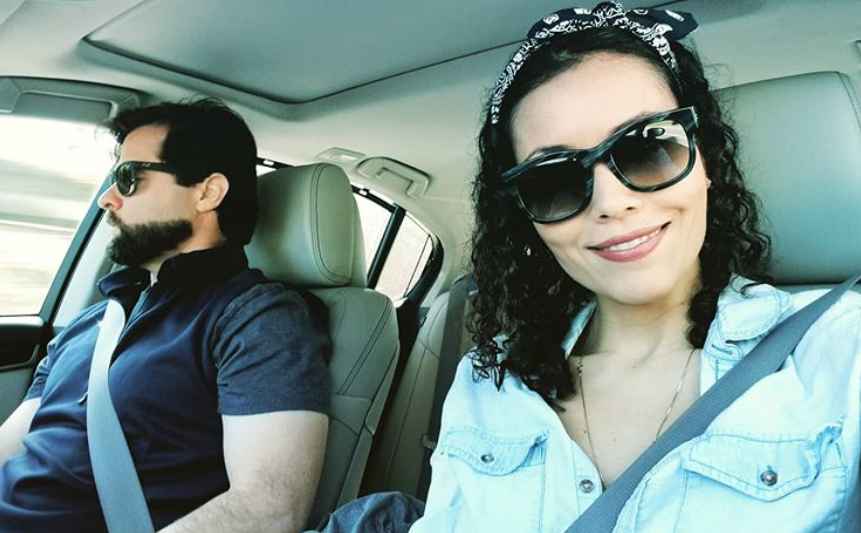 Good news for 90 Day Fiancé alums Evelyn Halas and Justin Halas as she opens up to announce she is expecting their first child together. She explains that this is a “surprise pregnancy” for which they are happy and grateful.

In an exclusive interview with In Touch on April 27, Evelyn Halas said she was “over the moon” to discover she is expecting her first child with Justin Halas. Evelyn and Justin first found out she was pregnant on December 31 last year. The couple was shocked, as it happened “so fast.”

Evelyn said she is 35, noting that being pregnant at that age is a little more difficult. However, she says in her case it was “very easy.” While she said it was hard to believe, she and Justin visited the doctor recently to get another pregnancy test.

The 90 Day Fiancé shared that she has now taken three pregnancy tests and all were positive. Evelyn said she never imagined this could happen with all the current madness in the world. However, she says they are both happy about the pregnancy.

Evelyn made the initial announcement on Instagram on April 20, captioning an image of two safety pins with a tiny, baby safety pin inside one. She captioned the image “#BabyHalas is coming.

Evelyn said she is “well, healthy and happy” while watching her belly grow each day. Halas took to Instagram on April 24 to give updates on her pregnancy and to share an image of her baby bump. She wrote that while it is not an easy time to be pregnant, she appreciates every moment while learning “how to be again.”

Estar embarazada en momentos como este no es facil… pero me hacen valorar cada día que pasa! Aprendiendo a ser de nuevo. It's not a easy time for be pregnant… but I appreciate every single moment! Learning how to be again ! 🥰🥰🤰🤗🌎💗

In her Instagram Story, Evelyn thanked all the people who had reached out to congratulate them on the pregnancy. She thanked fans for their “good wishes and love,” and said she really appreciates it.

Meanwhile, Evelyn and Justin’s fans are enjoying their road to parenthood. They were first introduced to the couple during the second season of 90 Day Fiancé. Evelyn and Justin had met at a hot dog stand while at the 2013 World Games in Colombia.

Justin said at the time that Evelyn was “everything” he had been looking for, adding that she makes him a better man. The couple officially tied the knot in 2014 happily living together in California.

Now Evelyn and Justin get to wait to welcome their new bundle of joy. So far, there has been no mention of whether the baby is a boy or a girl. We will have to wait and see!

Love In The Afternoon With Hallmark’s ‘A Little Daytime Drama’
Oops! Did Isabel Roloff Accidentally Spill Her Baby’s Name?
‘My 600-Lb. Life’ Star Melissa Marescot Gives Exclusive Interview Update
Tammy Slaton Celebrates Birthday: How Old Is She, Anyway?
Danielle Busby Shows Us Why Parker Is NOT A Morning Person