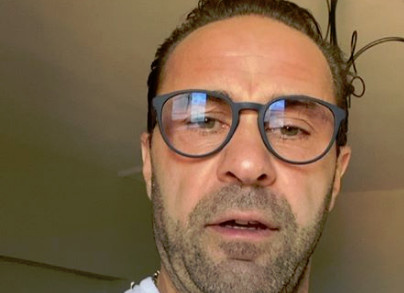 More bad news for the Guidice family. Weeks after Teresa Giudice’s father, Giacinto Gorga, passed away, the family is dealt another blow. Teresa’s estranged husband’s appeal to return to the United States was denied for a final time.

A week ago, the former RHONJ star took to Instagram to share a thank you video with his followers. The video marked one year since his deportation appeal journey began. He thanks fans for the petitions and support.

In the caption, Joe wrote, “I [heart emoji] the Diversity and unity aspects of America.”

I ❤️ the Diversity and unity aspects of America that is what makes it unique. 📝🙏❤️ #petitions #keepfighting #thankyou #keepstrong💪🌈🌍 today marks one year!! #joestrong

Around the same time, a fan asked if he had any news on the deportation and he replied no, with a prayer emoji.

It has been a long road for Joe Giudice in his attempt to stay in the United States after his prison term ended. As fans know, Joe and Teresa served jail time after pleading guilty to mail fraud and other charges.

Joe was freed from prison in March. He went directly into ICE custody following an order of deportation. Anyone convicted of a crime in the US is subject to deportation to their home country.

While Joe only lived in Italy for a short time as a child, he never became a US citizen.

The RHONJ alum filed appeals to the deportation order. However, instead of waiting it out in ICE custody in the US, he chose to wait out the appeal in his home country of Italy. He’s been living in Italy since October.

The news of his final appeal came down on April 29: denied, Bravo TV reports.

Building a Life in Italy Without RHONJ’s Teresa

Days before Teresa’s father died, her brother confirmed that Teresa started the paperwork to divorce Joe. As fans know, Joe and Teresa finally confirmed their separation a few months ago after Teresa and their four daughters visited Italy around Thanksgiving.

As one of the countries hit hardest by the coronavirus pandemic, Italy has been on lockdown for weeks. Throughout the quarantine, Joe took to Instagram to post videos of eerily empty streets.

TV Shows Ace reported that Joe rescued a street dog recently. He has also been working on remodeling a home and other ventures. He is starting his own podcast, as well.

All-in-all, the former RHONJ star is building a life in Italy while staying in touch with his daughters via video chatting apps.

Tell us in the comments if you think Joe should be allowed back in the US.

The Real Housewives of New Jersey’s Season 13 is on hold until the coronavirus crisis has passed. In the meantime, RHONY and RHOBH are airing new seasons on Bravo.