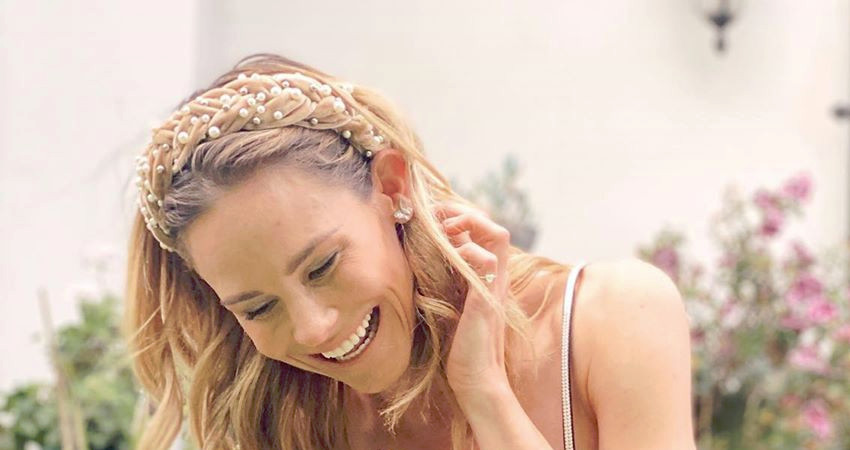 In the video posted on her Instagram, Meghan lip-syncs an interview from 1996 where Cher talks about her mom’s advice to marry for money.

In the Dateline interview with Jane Pauley, Cher recounts her response to her mom. The Believe singer’s mom told her to “settle down and marry a rich man.” Cher retorted, “Mom, I am a rich man.”

The RHOC star captioned the video “Cher, you are my spirit animal.”

Cher, you are my spirit animal 🙌🏼 How’s that for some Monday motivation?! Be your own rich man, ladies 💫✨(necklace by @makhaladesigns)

However, a fan questioned whether Meghan really provides for her children herself. As fans know, Meghan’s husband, Jim Edmonds, filed for divorce back in October.

As a former baseball player, some might consider Jim a “rich man.” In fact, one fan replied to Meghan’s post saying she must be “serious child support” from her ex.

She also let the fan know that she is successful in her own right. She wrote, “I have a career thank you very much.”

Jim’s ‘Not My Problem,’ She Writes in Another Comment

Another fan made a separate comment encouraging Meghan to take all of Jim’s money, Reality Blurb reports. The fan mentioned Jim’s new girlfriend, writing that Jim will do the same to her that he did to Meghan.

While Meghan’s other comment is shady, she took the high road with this fan. She responded, “not my problem.” And that “I wish the best for everyone.”

While Jim has moved on with his new girlfriend, Meghan is raising their three children in California. She dipped her toe in online dating during the coronavirus. But TV Shows Ace reports that she has since deleted all the dating apps from her phone.

The RHOC star has a new hobby during the quarantine. Filming and editing TikTok videos for her Instagram followers to enjoy. While most fans seem to love her videos, there is always one fan who doesn’t.

One follower tried to mom-shame Meghan on one of her recent videos. They asked where Meghan’s three children were while Meghan was filming the “stupid” video.

As fans rallied around Meghan in the comments, she clapped back at the question. She wrote that the children were “in bed asleep” while she was making the video in question.

Tell us in the comments what you think about Meghan’s TikTok videos.