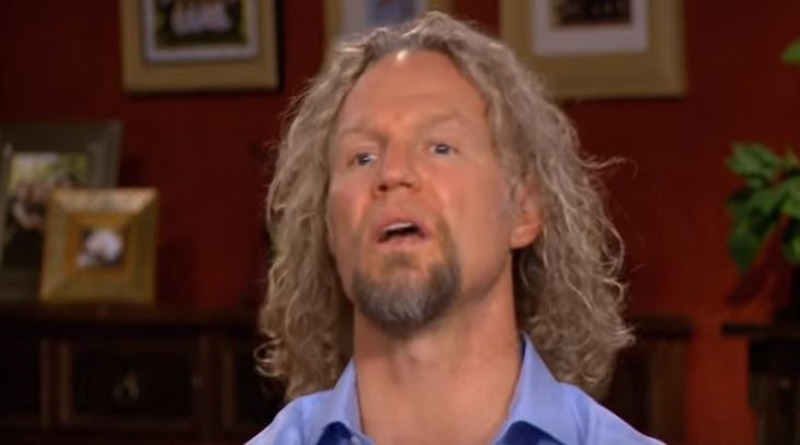 Like many others, Kody Brown is currently missing major family milestones due to COVID-19.

Sister Wives fans heard from Janelle Brown that she and Kody missed their son, Hunter’s graduation from the Airforce Academy this month. Then, Kody also missed any sort of time with Meri on their wedding anniversary. And, he also missed the promo shoot for Christine’s’ daughters, Ysabel and Gwendlyn. It seems that for Kody Brown, the COVID-19 quarantine means missing several milestones.

TV Shows Ace reported that Hunter graduated from the Airforce Academy. Janelle shared a photo of him and talked about her pride in the “bittersweet” moment. For years, the family supported Hunter’s choice for his career. But, due to the coronavirus, they couldn’t make it to his graduation. But, some sort of solace came for Janelle, as Hunter is now home. She shared a nice photo of him eating a meal with his brothers, Garrison and Gabe.

Then, we later reported that Kody and Meri never got together for their 30th wedding anniversary. That might be due to the lock down for COVID-19, as well. But, perhaps with those two, it could stem from the fact they simply don’t get on anymore. We mentioned that in the last season of Sister Wives, Meri suggested that any love they once felt died altogether. Then, another milestone that Kody missed got reported by The Sun UK. Kody missed the prom photo-shoot for his daughters, Ysabel and Gwendlyn, the outlet noted.

This year is full of the unusual and bittersweet. Not how we imagined we would be watching Hunter commission and graduate, but here we are. Big graduation ceremony tomorrow. #airforcemom #proud

The Sun noticed that Ysabel shared about her prom shoot on Instagram.  Over on her page, she said that she dressed up in her finery to celebrate the non-event. In her post, she added they drove for “two hours” for the shoot. But later, she joked they didn’t do it in Flagstaff, as really, she wanted some “food from blackbear.”

She confirmed that the Blackbear Diner’s one of her favorites. So, despite missing her prom and her dad not being around, she showed she’s still maintaining her sense of humor.

just for kicks and giggles… we drove almost two hours to take pictures in over priced dresses :))

Actually, it’s not totally certain that Kody never appears in the lives of Christine’s elder daughters at the moment. In fact, contrary to other outlets who suggest Kody stays with Robyn during the quarantine period, we thought the Sister Wives‘ dad might stay with Christine.

In our article, we noted he spent time with Christine on her anniversary. They put up a bedroom door on the open-plan mezzanine floor. Plus, he and the kids all played board games after dinner.

Later, he went along with Christine and celebrated Truely’s birthday at a takeout. In any event, knowing the Brown family, these missed milestones probably mean that later, they’ll get together and celebrate them all retrospectively.