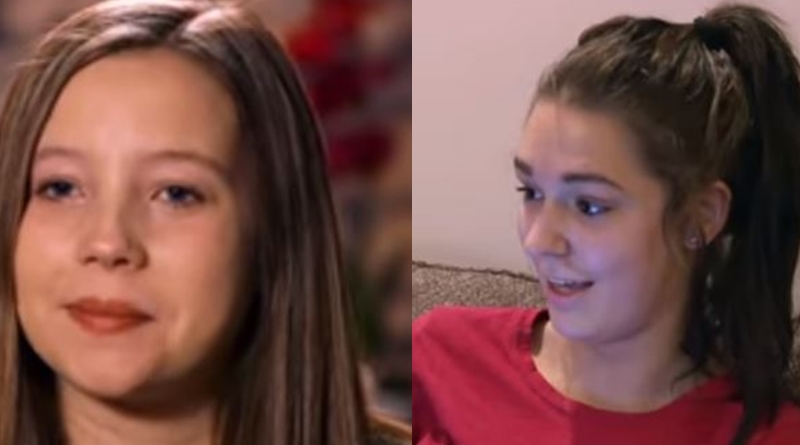 Unexpected fans saw many events in the lives of the TLC girls. But, a year ago, probably nobody expected that Hailey Tomlinson and Hailey Tilford would one day introduce their kids to each other. After all, they both share the same baby daddy, Matthew Blevins. But that happened and Hailey Tilford shared about it on her Instagram.

Taking to her Instagram on Monday night, Hailey Tilford shared a picture of Hailey Tomlinson’s daughter Kinsley with Levi. Hailey Tilford gave birth to Levi in April. TV Shows Ace reported on April 9, that Hailey Tilford shared a photo of herself and Levi. Hailey Tomlinson amazed fans by reaching out to her. She said, “You did good,” adding, “He’s so cute and I can’t wait for Kinsley to meet him.” Fans seemed shocked because they knew the history of the birth of little Levi.

Despite all the drama with Matthew, after Tilford and Matthew broke up, she and Hailey Tomlinson started communicating. Fans seemed impressed by their maturity. Both of them acknowledged that family’s important. So, neither of them denied that Kinsley would one day meet her half-brother. Now it actually happened, fans expressed even more admiration for the young women. Hailey Tilford captioned her post with, “Big Sister + Little Brother = crazy household 😂💙 Glad they finally met each other.”

Naturally, Unexpected fans reacted. One of them said, “I’m so happy and proud of you too for being able to get along for you guys [and] children…something I admire so much.” Another fan wrote, “So glad y’all got over your differences and are becoming better for the kids 💕 proud of you guys!!” Then, one follower commented, “Totally admire you two young women. Thank you for making the best of a bad situation and not punishing the kids for it. May you all have a long and happy future.” Many fans commented about how “sweet” the two kids look together. Many more congratulated both of these young moms.

What do you think about the outcome with Hailey Tilford and Hailey Tomlinson from Unexpected? Both of them are still so very young. And yet, they showed remarkable maturity. In fact, some fans think they behaved with far more dignity than Matthew Blevins ever did. Sound off your thoughts in the comments below.