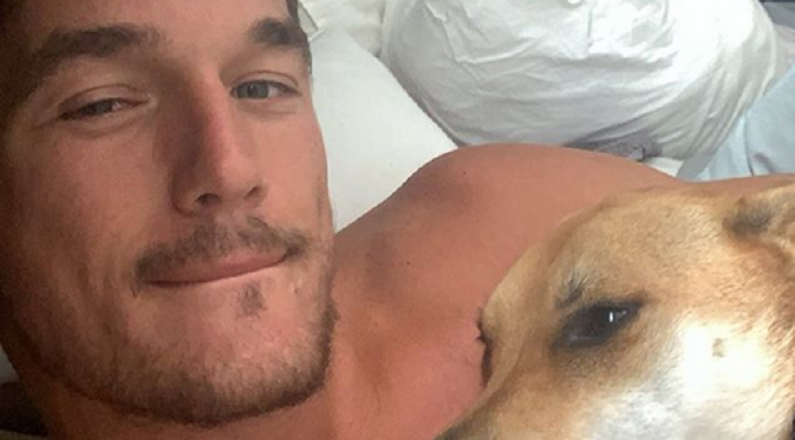 Tyler Cameron and Hannah Brown revealed they’re friendly with each other. However, fans of The Bachelorette still ship them hard. Tyler was quoted saying that he and Hannah are in no place to date right now, according to TV Shows Ace. He also insists that they’re just “good friends.”

That doesn’t mean he’s not thinking about dating, though. The reality star opened up about his ideal date. This comes after Tyler was spotted quarantining with Hannah and the rest of the quarantine crew. Sadly, Hannah went back to Alabama, where she’s isolating with the rest of her family.

The Bachelorette alum describes his “perfect date” to Venus Williams

According to Us Weekly, Tyler Cameron chatted with Venus Williams as part of her daily Instagram Live fitness series titled “#CoachVenus x EleVen.” The chat took place on Monday, April 27. Tyler revealed what he would love to go on a date, after the quarantine ends. To some, it may sound romantic. For others, it may sound like a cheap date — sans the champagne.

“My perfect date – drop the boat in,” Tyler began. “Pick up some sushi to go, head to a beautiful secluded spot I know, watch the sunset, have some wine, then cruise home.”

Slidin’ into the QC house……

Back in March, Tyler reunited with his ex-girlfriend Hannah Brown amid the coronavirus pandemic. She flew down to Florida where they quarantined with a group of friends. Fans noticed Tyler and Hannah’s flirty behavior in a series of TikTok videos. But the general contractor denied the dating rumors. Hannah got friend-zoned as Tyler referred to her as his “homie.”

Meanwhile, Hannah revealed in an Instagram Live Q&A on April 14 that she’s single. She says she would’ve loved to be married with kids by now. But she appears to be enjoying the single life. Hannah admits that she’s not ready for that kind of lifestyle. The former Bachelorette is trying to find her place in this world.

On his Instagram Story, Tyler talked about his relationship status with Hannah. He’s just glad that they are talking once again. They want to start their relationship as friends and see where things take them, according to Showbiz Cheat Sheet.

This is not the first time that Tyler has told people that he is just friends with Hannah. Earlier this month, Tyler popped in on a Zoom call with fans. One of the fans recorded the conversation and leaked it on TikTok. The recorded video call shows Tyler insisting that the two are just “good friends.”

“The tea is we are friends,” the reality star said. “She’s a good friend.”

He hates the constant questions about Hannah Brown

Shortly after the Zoom video call surfaced online, an Instagram fan page posted clips of the conversation. Fans took to the comments section and shared their thoughts on Hannah and Tyler’s relationship status, according to Cosmopolitan.

One fan said that Hannah will find the “perfect guy” before Tyler wakes up and realizes that she’s the one. That fan went on to say that other people should move on as well. Tyler didn’t like that comment too well. He asked the follower if they’re a “cat person.”

Update: Tyler got his money back

It’s clear that Tyler is tired of being asked about Hannah. But the two are going to cause the dating rumors to swirl whenever they’re hanging out together. It looks like they’re just enjoying their friendship for now. Both went through major losses in their life, so it’s probably best to take things slow.

What are your thoughts? Do you think Tyler Cameron and Hannah Brown should date? Sound off below in the comments section.