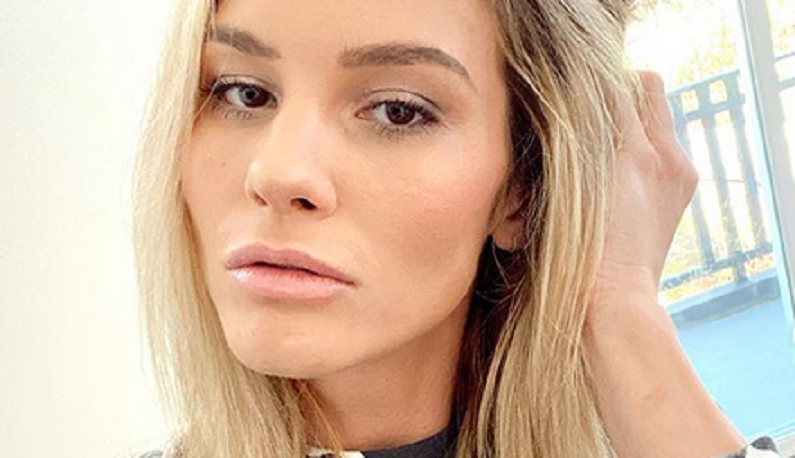 Meghan King Edmonds is done with dating. She is removing the dating apps from her phone. She wants to find a “partner” eventually. Just the old-fashioned way.

The Real Housewives of Orange County alum wants to focus on herself. On the latest episode of her Intimate Knowledge podcast, Meghan said that she’s learning to love herself. While she misses being in a relationship, she would rather be in a relationship with herself.

Meghan King Edmonds kicked off the conversation with her co-hosts Brooke Burke and Lila Darville. She revealed that she was dating someone from London, but now she’s “kind of over it.” Meghan has been slowly removing the dating apps on her phone. It appears that she has lost interest in online dating, as per Us Weekly.

Don’t let this smile fool you, WFH has notttt been easy 😅 TBH, I can barely get what I personally need done after a full day of taking care of the kids. Last night, I got 2 seconds to myself and wrote a blog post for you guys where I share a day in my life and at the very end, I say “I need to eat, clean, finish folding those clothes, check my email… oh when did it turn 10:00? I’m tired. I never got to watch my show or read my book or take a bath.  I’ll do it tomorrow…” and that 👏🏻is 👏🏻 REAL 👏🏻. Extra love out there for the single mamas and parents who are holding it down. We are all doing our best and while social media can make it seem like we all have our sh*t together, I hope my blog shows you that we most certainly do not and makes you feel like you’re not alone 💛

“It was just fun and exciting and this week I’m like, ‘Hmm, I’m not really into it.’ I’m into meditating and being present and I started writing stuff on my mirror, Brooke! I set my intentions on my mirror every morning with a dry erase marker,” the RHOC star admitted. “I guess that’s where my energy is with the dating, just to kind of date myself for a little bit.”

Meghan cheekily called it “master dating.” That’s when Lila suggested that the television personality should date herself for the time being. Meghan said she’s been showing herself some love and affection. While she wants to be in a relationship, she’s happier where she is right now.

The former reality star hasn’t been feeling like herself lately. She previously revealed that she’s been “crying” more now that her ex-husband, Jim Edmonds, has moved on. He’s in a serious relationship with the woman the couple had a tryst with while married.

Meghan explained on her podcast that she’s been having a good cry lately, as per The Sun. Sometimes feeling the release allows her to get to know herself better. She’s making good use of her crying sessions by reconnecting with herself more. It’s the best form of intimacy. Meghan said she hasn’t been in the mood for physical intimacy.

I can’t wait for this to be over so I can go back to social distancing on my own terms – lol! I am tempted to just wrap myself up in this @cozyearthbedding comforter and these PJ’s that *actually* feel like butter and never come out of them 💭 (Not a #ad, I just love PJ sets and finally invested in my first temperature regulating set!) There’s never been a better time to self-love in the PJ department – can I get an Amen?! (and btw, these were deemed Oprah’s favorite 2 years in a row so… !!!). Anyone else have any great tips on how to get the best sleep?? 😴 lmk in the comments!

Instead, she embraces intimacy through “breathing” and “meditation.” The end goal is to get to know herself better. This isn’t the first time that Meghan has talked about her new self-love ritual. She’s urged her followers on social media to do the same thing. Meghan took to her Instagram Story to tell her fans that it’s okay to explore their own intimacy. However they please.

Her calls for self-love comes after her divorce. Meghan and her husband, Jim Edmonds, separated in October 2019 after five years of marriage. The couple share three children – Aspen, 3, and twins Hayes and Hart, 22 months.