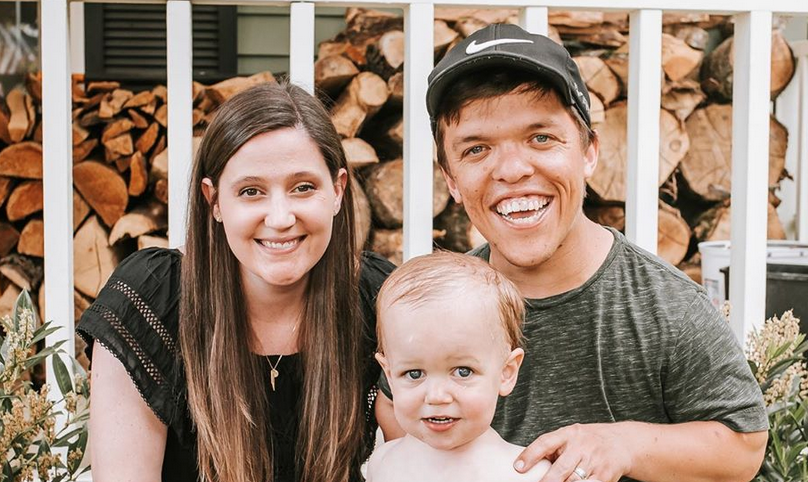 In a recent interview with Monsters & Critics, Little People, Big World stars Tori and Zach Roloff talk about a possible spin-off. So, what does the LPBW couple think of the idea? Could a spin-off be in the works?

Zach and Tori are “open” to a spin-off

It’s possible that Matt and Amy will step away from the spotlight at some point. Their family has been on TV for years. So, eventually, they may be ready to move on. This could be prime time for Zach and Tori to get their own spin-off.

When asked how he feels about a spin-off, Zach says, “Yes, Tori and I are open to everything. We would definitely sit down and think long and hard about it too because we enjoy doing the show we have.And doing a spin-off? Yes. That could definitely be fun and something enjoyable. But, there’s a lot of other things that go into that. Responsibilities and things that we would have to consider. But yes, anything is possible.”

Tori says that she’s okay with the kids growing up in front of the cameras as long as they don’t mind it. Right now, Jackson is almost three years old and Lilah is just a baby. So, things may change as the kids get older. Tori says she’s gotten used to being in front of the camera because she married into the family. She also adds that LPBW fans are the best. So TV seems to be a good fit for the Roloffs for the timebeing.

In March, Matt talked about the possibility of a spin-off as well. At the time, he said he thinks that spin-off conversations are happening. But, that’s pretty vague. A spin-off could feature any member of the family, so there’s no saying what exactly could come of those conversations. The spin-off could feature Matt and Caryn, Tori and Zach, or Amy and Chris. It’s unlikely that fans would be picky about which Roloffs they get to see on their TVs.

There’s speculation that LPBW might come to an end at some point soon. No official announcement has been made though.

For the latest updates on LPBW and any possible spin-off news, stay tuned.

So, would you be interested in watching a Zach and Tori Roloff spin-off? Are there any other spin-offs you’d like to see with the Roloff family? Leave a comment below.