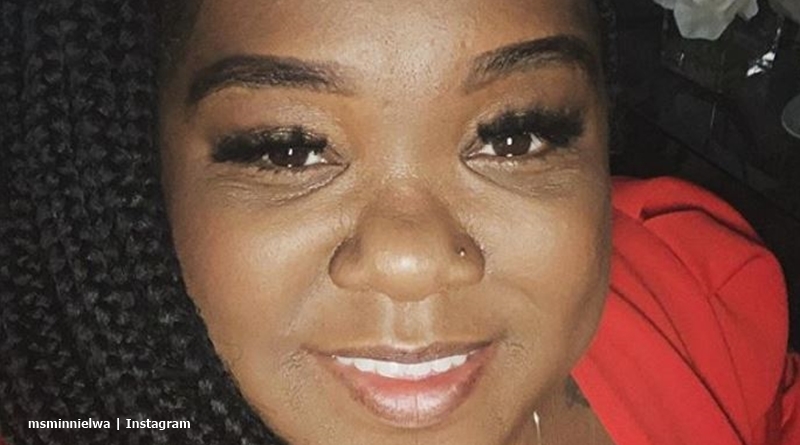 Little Women: Atlanta by Lifetime featured Ashley ‘Minnie’ Ross since it started in 2016. The last time fans saw her on the show, came in Season 5 last year. Now, she passed away and shocked fans heard it came after a hit and run accident in Atlanta on Sunday. Note that the original reports from her Managemen team said this happened after a hit and run. This UPDATE reveals she actually “plowed into another car driving in the opposite direction after she collided with the curb.” The correction came via People who cited South Fulton police. Sadly, Ashley, still young, died at the age of just 34 years old.

The popular star accumulated over 300k followers on Instagram. And, the sad news of her death came on her Instagram via her management team. The post showed a picture of Ashley who preferred her moniker “Miss Minnie.” On behalf of the family, the post said, “It is with profound sadness that we confirm on behalf of the family of Ashley Ross aka ‘Ms Minnie’ of Little Women Atlanta… succumbed to injuries.” It came from “a tragic hit and run car accident today at the age of 34.” The management team then asked for “family… privacy as they grieve during this very difficult time.”

Devastated Little Women: Atlanta fans and colleagues went onto the comments section and paid their respects to Miss Minnie. Here’s what some of them said:

Setting aside their Little Women: Atlanta differences, her colleagues also sent in their condolences. Too late to make things right, one of them nevertheless expressed her sorrow.

Full Statement from the management team of @MsMinnieLWA It is with profound sadness that we confirm on behalf of the family of Ashley Ross aka “Ms Minnie” of Little Women Atlanta has succumbed to injuries from a tragic hit and run car accident today at the age of 34. The family respectfully asks for their privacy as they grieve during this very difficult time. Please direct all media requests to: Liz Dixson Publicist for Ms Minnie 404-410-6912 ldixson@mediamcs.com

People reported that while the incident happened on Sunday, Minnie passed away in hospital the next day at about lunchtime. Their report noted that Minnie left behind “her mother Tammy Jackson, her aunt Veronica Deloney, her uncle John Deloney and her grandmother Rose Deloney.”  The outlet also shared a statement from a rep for the company, They said that Minnie was “beautiful, kind, giving,” and generous. In fact, the people who worked on the show with Minnie loved her as she “always wore her heart on her sleeve.”

Meanwhile, Minnie’s costar who loved her deeply, Amanda Salinas, grieved on her own Instagram page. She noted in her tribute, “I promise to keep you alive in my memories and be there for your mama and aunt.” She went on and expressed her sorrow that no doubt brought tears to many eyes.

As I’m writing this I’m in tears I can’t believe it my Minnie !!!! Why did they take you away from us !!!! WHY!!!!! It always seems like we have all the time in the world, only to realize how fleeting it really is. I wish we had more time to do and say the things we saved for later which along with you is gone forever 💔 I promise to keep you alive in my memories and be there for your mama @grneyes4life and aunt . You were more than our best friend you were our big sister and still is !!! I still can’t believe this man why man why!!!! , I love you so much !!!! My heart is broken 😭💔 Rest In Peace my love @msminnielwa #teamminnie #prayforhermamaplease #myminnie #bestfriends #sisters #realfriends #heartbroken

Did the sudden and untimely death of Ashley ‘Minnie’ Ross shock you? Sound off in the comments below.

Remember to check back with TV Shows Ace often for more news about the cast of Little Women: Atlanta.