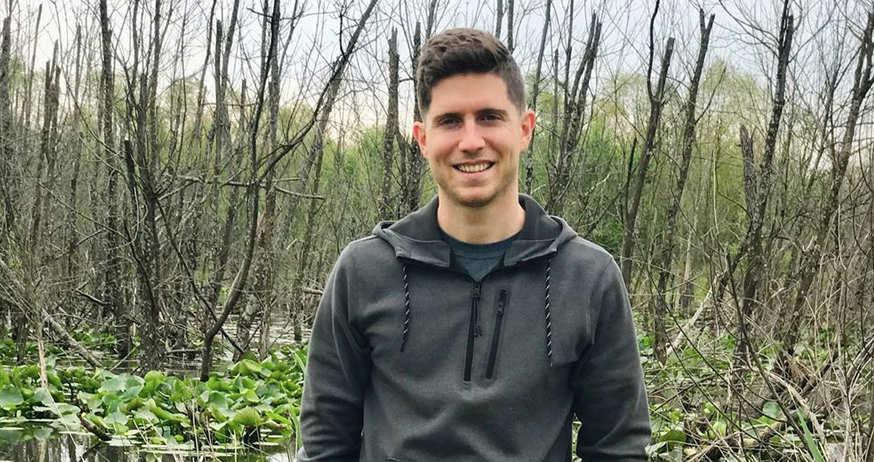 Jessa Duggar Seewald recently shared a new picture of her husband, Ben Seewald. And, Duggar fans are loving his new look! Fans seem to like Ben. Based on what they’ve seen, they think he’s a great dad. He appears to be involved and seems like he loves raising the kids with Jessa. And, fans also think he’s handsome, especially in the newest photo.

On Instagram, Jessa shared a new picture of Ben and their two sons, Spurgeon, 4, and Henry, 3. The couple also shares an 11-month-old baby girl, Ivy. The picture Jessa posted is from an adventure that Ben and the boys went on. Jessa and Ivy stayed back at home for this one. Spurgeon and Henry are holding little bags, so they might have been collecting items they found on their adventure.

All three of the guys are standing together outside. In the post, Jessa calls them her “favorite guys.” Ben’s family’s Instagram account responded to the post and said, “Some of the best guys out there!” It looks like Jessa’s followers agree with Ben’s family and Jessa too. They’re loving the new picture and they think the three of them look so cute together. Plus, as mentioned, they seem to love Ben. Fans think it’s really sweet that he took them out on a special adventure.

In response to the new photo, fans are pointing out how nice Ben looks with a clean-shaven face. It’s been a little while since fans have seen Ben with a full beard. He previously shaved his beard, but fans haven’t seen a lot of photos of Ben recently. As expected, Jessa shares a lot of photos of her children.

No matter what, they think he looks great in the new photo. Many fans are leaving comments about Ben’s look. They’re saying that he looks “nicer” without a full beard. They’re pointing out that Ben could be Spurgeon and Henry’s older brother because he looks so young without facial hair.

In a picture in February, Ben has a clean-shaven face. This photo got a lot of attention from Duggar fans once again. It’s safe to say that they really like him.

So, what do you think of Ben’s new look? Do you agree that he looks better or nicer with a clean-shaven face? Leave a comment below.

There’s no word on another season of Counting On. Stay tuned for any renewal or cancellation news.