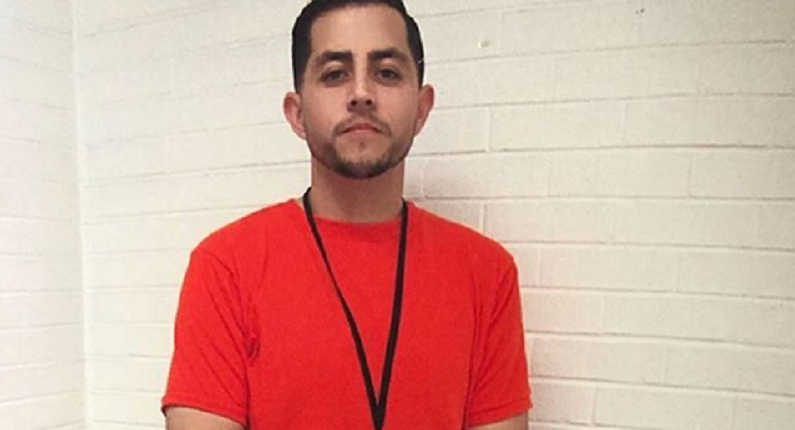 90 Day Fiance star Jorge Nava is currently serving his two-and-a-half year sentence. He was arrested for marijuana possession in 2018. He’s also in the middle of his divorce from Anfisa Arkhipchenko. Jorge revealed the moment he found out she moved on with her new boyfriend, Leo Assaf. Obviously, he was “hurt” to learn about it online.

But like Anfisa, Jorge wants to move on as well. He also revealed that he’s “open” to finding love once again. He’s also received love letters from women while in prison, as reported by TV Shows Ace. Jorge shocked fans on Monday night day when he appeared on the limited series Self-Quarantined. Read on to learn more.

According to In Touch Weekly, Jorge Nava revealed it “broke his heart” to learn that his wife has moved on with someone else. He has done his best to mend his heart and start a new life, while behind bars. The 90 Day Fiance: Self-Quarantined star admitted he “tried” to make their relationship work in the beginning. Jorge went to prison in September 2018 after pleading guilty to a Class 4 felony of Attempted Transportation of Marijuana for Sale.

“[However], there’s really no way for me to do anything from in here. I couldn’t call her because she blocked my calls. It was just a mess,” Jorge star said during a phone recording from the Arizona State Complex in Phoenix.

He started to reflects on all the “negative” parts of his marriage. That’s when Jorge realized that he’s better off on his own. On March 18, Anfisa showed off her new man on Instagram with the caption “quarantine and chill.” The reality star followed up with another photo earlier this month, showing off her “romantic” date night at home. Both photos have since been deleted.

Jorge “already knew” she was dating someone. The last time they spoke, he told her that he was going to file for divorce upon his release in May.

According to Us Weekly, Jorge is feeling hopeful that his life will improve once he gets out of prison. He looks forward to seeing his family and friends again. He admits that leaving them and his marriage behind was “difficult.” The night before he went to prison, Jorge and Anfisa had an argument and things got worse from there. Two months later, Anfisa told Jorge that she didn’t want to be with him anymore.

But they still talked on the phone regularly. Jorge wanted to make their marriage work. Now that he’s leaving prison soon, he’s “open to looking for love again.” However, he’s not making a it a top priority in his life.

“I feel like love is the least of my priority list because I just have to get my life together and make sure I’m good as a person before I’m able to give somebody else something,” the 90 Day Fiance star said.

Jorge has to legally end his marriage to Anfisa before jumping into another relationship. He also revealed that he’s gone through some major changes while in prison. The TV personality has been focusing on his physical health and mental health. Now, he wants to do better in his life. Despite the struggles he faced, Jorge says he “overcame” them and is looking forward to a better future.