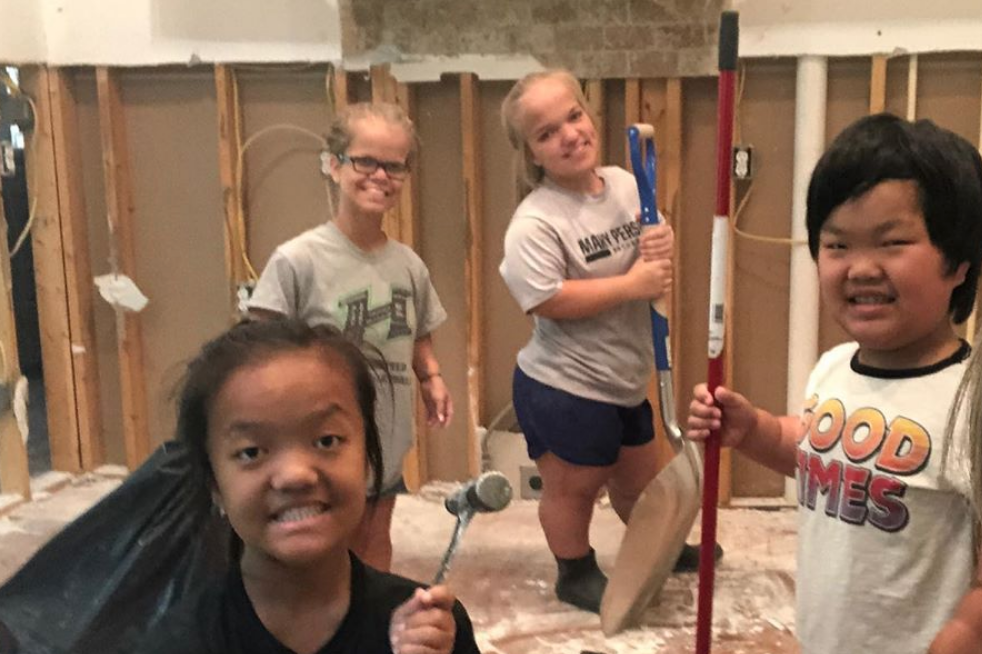 As 7 Little Johnstons fans know, the members in the Johnston family have dwarfism. The family says the world wasn’t designed for them. So, this causes some difficulties. The family members can’t always complete everyday tasks with ease. Trent and Amber Johnston stress the importance of raising their kids in average-size settings.

For this reason, the Johnstons are making modifications to their home. In an exclusive clip from Tuesday, April 28th’s episode, the family talks about the home renovations. They plan to lower the counters in the kitchen. At this time, they’re leaving the bathrooms alone.

In the clip, Amber mentions that using the stools to reach things hurts her back. So, the plan is to get rid of the stools so her back will hurt less. One of the big points that Amber mentions to Trent is that it’s not easy on her body to be stepping up and down frequently. And, as mentioned, this will require lower counters. The family finds the perfect height for the kitchen counters. Amber says that this “will make everyday living easier.” And, that’s the goal.

The couple raised their kids to be able to adapt to average-size settings. But, now that Amber and Trent are aging, it’s easier for them to have a modified kitchen. Amber adds that they’ll still need stools to reach the upper cabinets, but even some modifications will make a big difference.

On Tuesday, the Johnstons shared a new post on Instagram. Their post features them working on the kitchen renovation. The family writes, “our kitchen has got to go!” In the pictures, the kids are pitching in and helping with the modifications. It’s a family effort.

The post is confusing some of the family’s fans though. They recall that the family renovated their home about a year ago. Several fans commented about this, so the family took the time to respond to a few comments. Due to production time, the renovation is just now being featured on the show. When the family made the modifications a year ago, the whole thing was filmed. Then, it was added to the current season of the show. So, in real time, the renovations are already complete. And, fans will get to see them on the show soon.

So, are you looking forward to seeing Amber and Trent’s home renovation? Share your thoughts in the comments below.