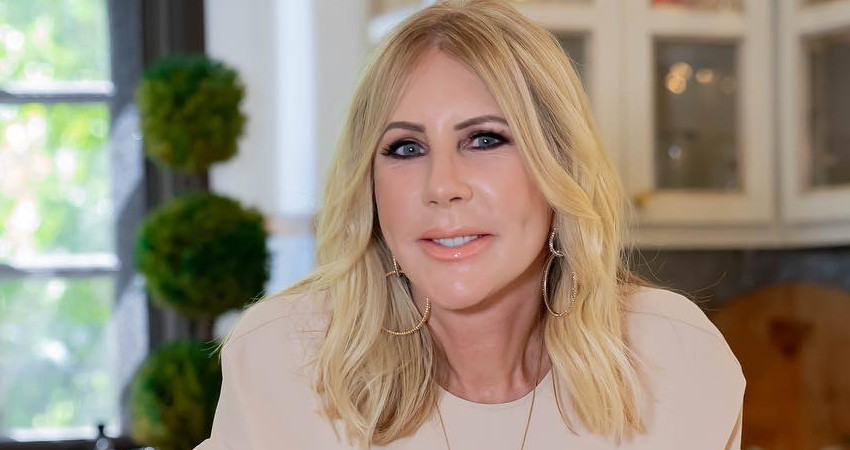 The Real Housewives of Orange County is down two housewives. If OG Vicki Gunvalson has any say, the show will be down a few viewers, too.

As fans know, Vicki left the Bravo show earlier this year. She turned down an offer to return for Season 15 in a reduced role. She was demoted ahead of Season 14, as well.

Vicki’s co-star and BFF, Tamra Judge, chose to leave at the same time. While rumors at the time suggested Tamra was fired, she later revealed that family issues caused her departure. She may return for Season 16, TV Shows Ace reports.

Some viewers recently let Vicki know they will not watch without her and Tamra. Vicki responded with some advice that Bravo may not like, Reality Blurb reports.

Vicki Tells Fans to ‘Boycott’ RHOC Over Her Exit

It appears that Vicki is taking her RHOC exit hard. A few of her followers recently expressed their dismay over Vicki’s departure by saying they won’t watch. Vicki wrote back for them to “boycott it.”

Bravo has yet to respond to Vicki’s diss.

During a recent episode of her Whoop It Up With Vicki podcast, the RHOC star got real about the ups and downs of her relationship. Vicki is engaged to Steve Lodge.

The couple were planning an April wedding but Vicki recently wrote that “the wedding is off.” It’s actually postponed, which caused a lot of confusion among her fans.

TV Shows Ace reports that Vicki admits they are going through some “stress” over their differences. For example, the Coto Insurance CEO says that Steve doesn’t know how “to whoop it up” like she does.

However, she assures fans that they are very much together and still plan to marry.

While Vicki is planning her wedding, her daughter, Briana Culberson, is planning for another baby. The RHOC alum revealed on Instagram earlier this month that Briana is expecting her third child in November.

Briana’s husband, Ryan Culberson, took to Instagram to ask for baby gender reveal party ideas. He shared a video of cutting a cake for the gender reveal of their first son. He wrote that the couple opened a box of balloons for their second child, also a son.

Need help with gender reveal ideas!So for Troy we cut a cake at our wedding celebration (eloped 5 months earlier) and for Owen we opened a box that had balloons in it. #genderrevealideas

Fans chimed in with suggestions ranging from “confetti guns” to a “Keto pizza.”

Ryan also shared a cute picture that showed how excited the couple’s two sons are at the idea of having a little brother or sister.

Oldest- makes the rules Middle- Reason for the rules! Youngest- what rules? Also super sweet the boys have been so excited in this process and I know they’re going to be great big brothers!

Original RHOC star, Jeana Keough, was the guest on Vicki’s podcast last week. According to Vicki, the podcast was taped a few days before the tragic loss of Jeana’s grandchild.

During the podcast, the two dishes on which RHOC co-stars they miss the most and are still in touch with. Check out the clip below.

I have such a great episode coming up this week with Jeana Keough. I’m so excited for you guys to hear it! Subscribe at the link in my bio so you don’t miss it, and in the meantime make sure you check out last week’s episode with Dr. Sherrie! Let’s #whoopitup #podcasts #love #relationships #rhoc #vickigunvalson #jeanakeough

Tell us in the comments if you will be boycotting Season 15 of RHOC due to Vicki’s exit.

RHOBH airs Wednesdays on Bravo and RHONY airs on Thursdays.