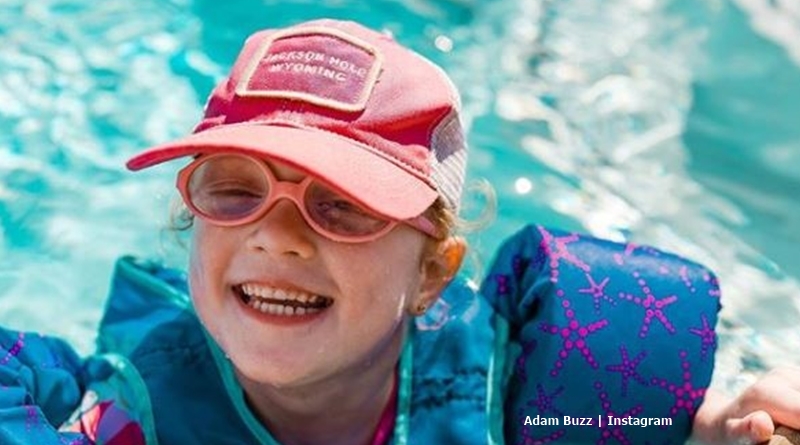 OutDaughtered fans make predictions about the future careers of the quints quite often these days. In recent weeks, they predicted that Parker Kate could end up as a model. Then, they suggested that Riley become a veterinarian or animal conservationist. Now, they predict that Hazel could follow her dad Adam Busby into a photography career.

OutDaughtered fans’ predictions for the quints

TV Shows Ace reported in May last year, that Danielle predicted the future careers for the quints and their big sister, Blayke. Blayke looked set for a career with animals. Then, Riley looked like a future president of the USA. And, Hazel could become a doctor of medicine, she suggested. Meanwhile, Danielle felt that Parker Kate could follow a career in fashion. Well, with Riley developing a fascination for small reptiles, fans predicted she might end up as the veterinarian or a zoologist, we reported.

With Parker Kate, it looked like the OutDaughtered mom got it spot-on. She predicted a career in fashion or beauty for her. And, fans agree she looks like a model already. Of course, fans don’t see the quints as much as their mom and dad do. But, they find it fascinating as they watch the kids grow up.  So, they enjoy making their own predictions as well. Now, they predicted a future career for Hazel. And, it’s a long way from the medical field envisioned by Danielle.

Hazel could become a professional photographer

A few days ago, Danielle Busby shared a photo of her doctoring Parker Kate’s toe. She said that with the kids running around with no shoes on, she does a lot of that. Danielle said that “one of the quints” took the photograph. She never said which quint, but perhaps it was Hazel. If you’re not sure, Hazel’s the little girl with reddish hair who wears eyeglasses. So, she’s very easy to spot in the crowd of six daughters.

Danielle noted that the photo of her doctoring Parker got replicated about “50 times” by the quint who took the picture. Well, every photographer blesses modern-day technology. In the olden days, a good photographer used endless reels of film to get that one perfect shot. Now, no doubt, the budding OutDaughtered photographer just fills up her mom’s phone instead. As Hazel develops an interest in taking photos these days, possibly she took the 50 photos to get just the right image she wanted.

These days…the girls refuse to wear shoes outside… which makes not a day go by where I’m not “Dr Mama” … cleaning & applying a bandaid to the bobos, that they will take off in 5 min later🤦🏻‍♀️ … and then it is ground hog day all over again 🤣 (oh! And some quint took this pic…along with 50 more of same thing) #doctormom #MamaLife #itsabuzzworld

On Sunday, Adam took to his Instagram and shared a photo of the family FaceTiming with “Nana and Papa.” With the coronavirus quarantining, these days many families keep up with their loved ones virtually. Adam said that Hazel took the picture and added that she also squeezed in a selfie. Well, the photo shows sister Blayke turning away from the camera. One quint’s right up close to the screen. Another one looks to have fallen asleep on the couch. Parker Kate stands there looking like she’s orchestrating the whole thing.

Meanwhile, Danielle looks engaged, and OutDaughtered dad Adam, looks a bit introspective. Fans commented on Hazel’s photo. One noted that Hazel composed a good picture for someone so young. They especially noted that Hazel captured Adam’s expression perfectly. Another one wrote, “She obviously enjoys photography, she should take over the photos for you Adam.” Adam replied saying he wouldn’t “mind that” as he also likes the occasional photo of him. Others also predicted Hazel would move in that direction and become a star on “social media.”

Hazel wanted to capture the moment while we were catching up with Nana and Papa over FaceTime this evening. Of course she got a selfie in of herself too. #itsabuzzworld #itsabuzzworld

What did you think of the picture that Hazel took? Do you think the young OutDaughtered star’s got a possible career as a professional photographer ahead of her? Sound off your thought in the comments below.